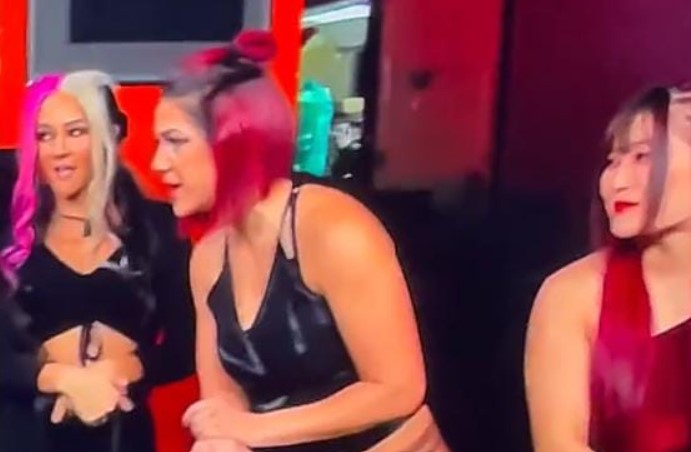 Fans are curious about what WWE is planning to do with the White Rabbit teases it has been airing on television. Last week’s episode of SmackDown attracted the highest overall audience it has received since the year 2020.

On Monday’s episode of Raw, WWE released yet another White Rabbit video. This one featured archival footage of several iconic names, including as John Cena, Randy Orton, and Steve Austin, amongst others. The teases continued.

Those are the opening two lyrics in the theme song for Aleister Black (Malaki Black), which has led to rumors that this would be for him as he had apparently sought for AEW release. It does not appear that this is the case, as he recently denied asking for his release from AEW.

Another clue was revealed by WWE during a segment that took place backstage as Bayley was cutting a promo. In the backdrop, there was a buzzard that could be seen.

The belief is that all of these videos are leading to Bray Wyatt’s comeback, as he has recently had discussions with WWE about the possibility of returning to the company. This belief has not been confirmed, but it is widely believed.

You can check out a clip from the segment below: