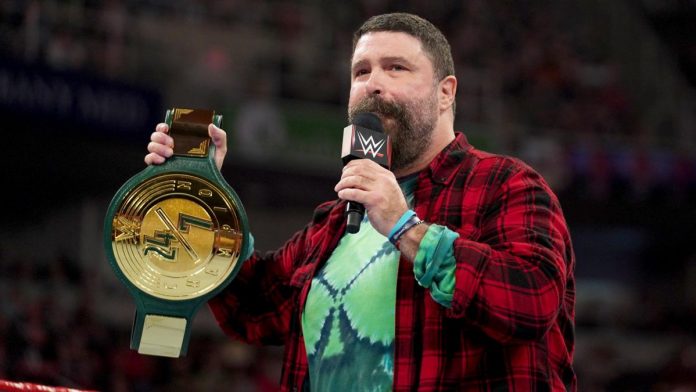 Live on Raw, WWE Hall of Famer Mick Foley revealed the all-new 24/7 Championship, a title that can be contested anytime, anywhere, 24 hours a day, 7 days a week, as long as a WWE official is present. The title will be eligible to Superstars on Raw, SmackDown LIVE, 205 Live, NXT, NXT UK and even WWE Legends and Hall of Famers.

The new championship calls to mind the “24/7 Rule” of the retired Hardcore Championship, of which Foley was the initial bearer in 1998. Superstars can challenge for the title whenever or wherever they choose, meaning that any 24/7 Champion will always have a massive target on their back.

Shortly after the title was revealed, Titus O’Neil snared the prize in a scramble to became WWE’s first-ever 24/7 Champion, but Robert Roode capitalized less than a minute later to score a pinfall victory. That reign was also brief, however, as R-Truth pinned The Glorious One in the parking lot and vowed to bring the title to SmackDown LIVE … except he called it something different.

This is just a taste of the chaos in store with the new 24/7 Championship, which can change hands on Raw, SmackDown LIVE, WWE Network shows, WWE Live Events or even on social media. Now, more than ever, anything can happen in WWE.