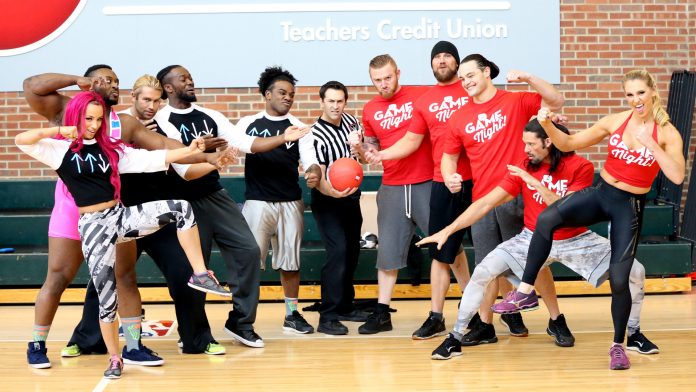 – Above is the 20th episode of Cesaro’s Clash Royale gameplay for Xavier Woods’ “UpUpDownDown” YouTube channel, featuring an appearance from Mikaze.

– WWE has a new poll asking fans who gained the most from their win at WWE No Mercy last night. As of this writing, 47% voted for Roman Reigns while 20% voted for WWE Universal Champion Brock Lesnar, 13% went with new WWE Cruiserweight Champion Enzo Amore, 6% voted for RAW Women’s Champion Alexa Bliss, 5% with Finn Balor and 5% with RAW Tag Team Champions Cesaro & Seth Rollins. Elias and WWE Intercontinental Champion The Miz each received 2% of the vote.

– Lince Dorado tweeted the following teaser for what appears to be the upcoming return of WWE Game Night:

Check out the next @WWE #GameNight w/ host @HeathSlaterOMRB feat. #SpikeBall #GoodBrothers vs #MaskBrothers in a classic battle! Comin soon!