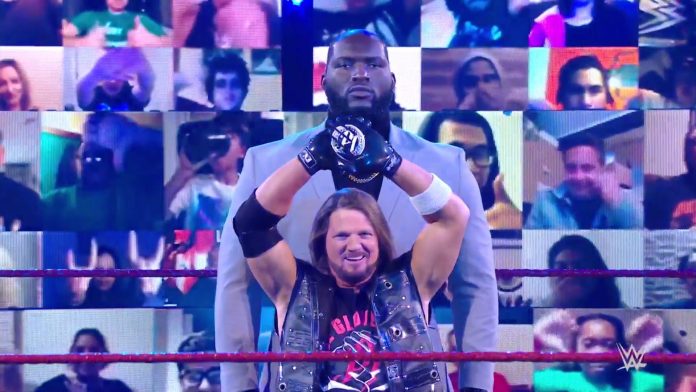 WWE is now using the “Omos” name for AJ Styles’ bodyguard and associate on the RAW brand. WWE began using the Omos name for Jordan Omogbehin at Sunday’s Survivor Series pay-per-view. The announcers casually dropped the name on commentary but it appears it will stick as they continued to use it on last night’s RAW.

It looks like Omos may have been a name that Omogbehin himself recommended as his Twitter page shows that he’s used “The Giant Omos” as his nickname in the past, long before coming to the main roster from WWE NXT. AJ introduced Omos as his muscle back in October. He previously appeared on RAW as the bouncer for Shane McMahon’s RAW Underground segments, and as Akira Tozawa’s Giant Ninja.