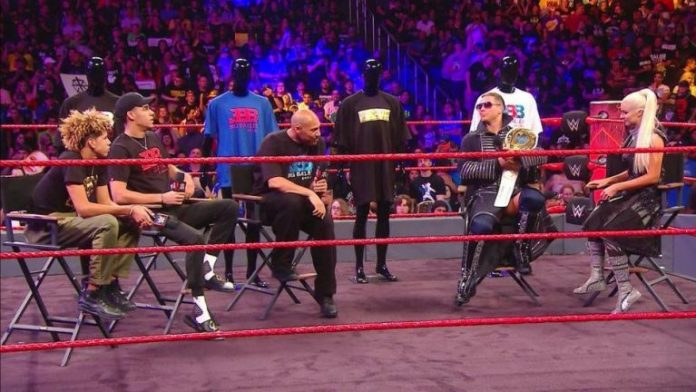 As seen on Monday night’s WWE RAW, outspoken basketball dad LaVar Ball brought his sons Lonzo and LaMelo to the show for MizTV. This was the first time that new LA Laker Lonzo was inside the Staples Center as a Laker.

Many fans noted how the younger Ball dropped the n-word twice as Dean Ambrose interrupted the segment. WWE issued the following statement to the Los Angeles Times after the slur was picked up on morning sports programs:

“The inappropriate language used by a guest during the ‘Miz TV’ segment was not scripted nor reflects WWE’s values.”

You can see the moment in this fan clip: