We open Main Event with the announcement that Dean Ambrose will be the guest for Miz TV.

Adam Rose and The Bunny are on commentary for the next match.

Slater starts the match and is immediately distracted by Rose and the Bunny. Slater than focuses on the match again, but then is distracted once again. Slater ends up getting dropkicked and then taken down with a cross body. Los Matadores get the 3 count and the victory.

Adam Rose and Los Matadores party with the Exotic Express after the match.

We return and out comes Mark Henry. Henry grab the mic and says that he wrote a statement down for tonight. He says that everyone knew he was hurt, but they encouraged him to fight Rusev anyway. He says he is still hurt, but thats the peoples blame this time. He says that he tried his best, but that is never good enough for America. He says that they only appreciate winners, and that they take advantage of the hardest working men and women around. Out comes Big Show.

Big Show comes out and says that Mark Henry is his brother. He says that he may be frustrated right now, but that he will stand by him no matter what. He says if the people boo Mark, then he will stay with him and they can boo him too. He then says he will knock Rusev out for him on Smackdown this week, and that he can make that a promise. Henry and Big Show hug, and walk out together to cheers.

We are given a video package of Brock Lesnar vs John Cena at Night of Champions.

AJ Lee comes for commentary. Paige is in action next.

Paige gets taken down immediately, and then gets hit with double knees for a 2 count. Paige however gets back in it with a super kick. Paige then hits a couple of knees to the head, and then follows it with another kick. Naomi then gets back in it and begins her come back. Naomi then hits a modified facebuster, and then goes for a cover. but Paige kicks out at 2. Paige however gets back in it by slamming Naomi face first into the turnbuckle. Paige then makes the cover and puts her feet on the rope in order to get the 3 count.

AJ attacks Paige after the match with the title. AJ stands tall on the ramp as Paige looks on.

We go backstage with The Usos. The Usos say that the better team won on Sunday, but Smackdown will be a new night. They hype of the rematch for Smackdown some more before heading to commercial.

Bo grabs the mic and says that last night he felt like a loser. He then says he feels like Kofi. Bo says that its good to see Kofi, and that he didn’t realize he still worked here. Bo then tells Kofi to say Bo, Bo, Bo, instead of Boom, Boom, Boom.

Bo starts on the offensive, but Kofi fights right back and hits a cross body from the top rope. Kofi then goes for another one, but Bo dodges it. Bo then rolls up Kofi but Kofi kicks out. Kofi then gets up and hits Trouble in Paradise for the 3 count.

We return with Miz and Damien Mizdow coming out for Miz TV. Miz starts out saying that he was robbed of the championship on Monday. He then gets frustrated but then says he is better than this. Miz then introduces Dean Ambrose. Dean gets in the ring and Miz says they have a lot to talk about. Miz then says its been a long time since we have seen him if we take out this week. We are then show the clip of Rollins taking him out. Miz then makes a couple of jokes but then says that he doesn’t get how someone can walk away from that assault. Dean says he is not a normal person, and that the Authority picked a fight with him that they just can’t win. Miz then says Dean is insane, and then shows what he did Monday to prove it.

Miz then asks how Dean got out of the room. Dean then says that there was a back door. Dean apologizes if he feels cheated, but that is the truth. Miz then says that this isn’t being cheated, but what happened to him on Monday was what it is like to feel cheated. Miz then gets in Ambrose’s face and Dean knocks him down with a headbutt. Dean then throws Damien to the outside, and then hits Dirty Deeds on Miz. Dean then puts Miz back in the chair, and then puts Miz’s glasses back on Miz. Dean thanks an unconscious Miz for being such a great host, and that is how Main Event concludes. 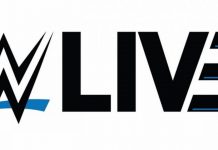 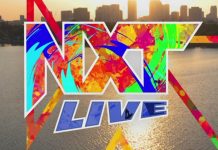 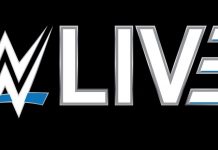 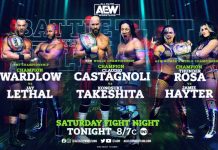