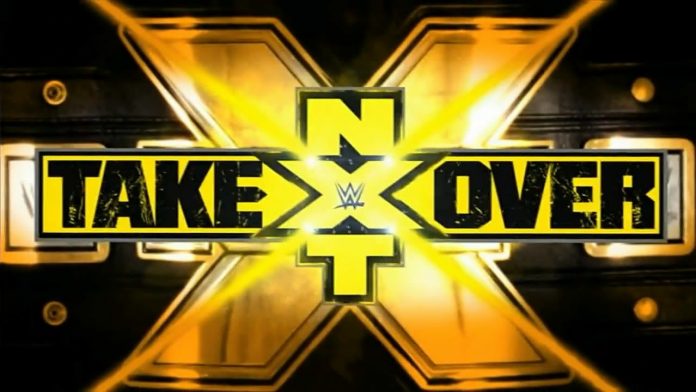 WWE has made a change to the qualifying matches to earn the right to be called the #1 contender for the NXT Title.

As noted, it appeared that the new #1 contender for the WWE NXT Title was crowned at Wednesday’s NXT TV tapings in Winter Park, FL at Full Sail University. Johnny Gargano vs. Aleister Black vs. Lars Sullivan vs. Killian Dain in a Fatal 4-Way match to become the #1 contender for the NXT Title took place at the tapings.

However, WWE has changed plans for how they will determine the opponent for NXT Champion Andrade “Cien” Almas at NXT Takeover: Philadelphia.

Trent Seven vs. Killian Dain, Kassius Ohno vs. Johnny Gargano, Roderick Strong vs. Lars Sullivan and Adam Cole vs. Aleister Black were all taped on Wednesday. The winners of those matches then competed in a Fatal 4 Way.

NXT General Manager William Regal indicates at least one change was made to the Fatal 4 Way qualifiers. Regal announces Ohno vs. The Velveteen Dream, Black vs. Cole, Dain vs. Seven and Strong vs. Sullivan as the new qualifying matches.

With Dream vs. Ohno being announced, it appears Johnny Gargano has been pulled from the title chase.

NXT General Manager William Regal dropped a bombshell on the NXT Universe, announcing that because of Drew McIntyre’s injury, there will be a new challenger to NXT Champion Andrade “Cien” Almas.

Almas’ opponent will be decided based on a series of four singles matches, with the winners of those matches then competing in a Fatal 4-Way Match. The winner of that match will challenge Almas for the NXT Title at TakeOver: Philadelphia on Saturday, Jan. 27, at the Wells Fargo Center.

The four singles matches will be: Kassius Ohno vs. Velveteen Dream, Aleister Black vs. Adam Cole, Killian Dain vs. Trent Seven and Roderick Strong vs. Lars Sullivan. Seven earned his way into the series of matches after winning a Battle Royal during an NXT Live event in Lakeland, FL.

Who will go on to challenge Almas for the NXT Title at TakeOver: Philadelphia? Be sure to tune in to NXT every Wednesday night at 8/7 C on the award-winning WWE Network to see how all four singles matches and the Fatal 4-Way Match unfold.