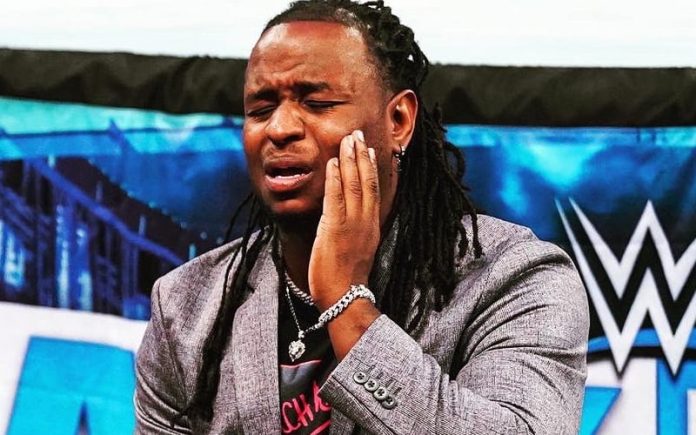 WWE 24/7 Champion Reginald appeared on the July 30th 2021 edition of WWE Smackdown and retained his title against Chad Gable.

Reginald, who is now being called Reggie, dropped his French accent in a backstage WWE interview and said that he’s actually from St. Louis, Missouri. Reggie also mentioned that he developed a French accent at Carmella’s request because she needed a sommelier.

24/7 Champion Reggie informs the WWE Universe that he’s actually not French, he’s from St. Louis, and that the only reason he was speaking with that accent was because @CarmellaWWE asked him to. @ReginaldWWE pic.twitter.com/e4G3NY9OZQ