Prior to the venue change, WWE was having trouble filling Allegiant Stadium, with less than 20,000 tickets sold for the event. After going on sale in mid-March, MITB has distributed an estimated 16,826 tickets as of late April. According to Andrew Zarian of F4WOnline.com, WWE had hoped for a crowd of between 28,000 and 35,000 in the stadium.

It’s interesting to note that Roman Reigns isn’t advertised in WWE’s email offering first access to tickets for the MGM Grand Arena event to the original Money in the Bank ticket holders. It has been reported that Reigns is expected to wrestle Riddle at Money In the Bank, then face Randy Orton at SummerSlam, and close the summer with McIntyre at Clash in the Castle. Stay tuned to PWMania.com for more.

It’s also interesting to note that there is no sign of former WWE Women’s Tag Team Champions Sasha Banks and Naomi on the email’s advertising.

Here is the e-mail that was sent out to ticket holders: 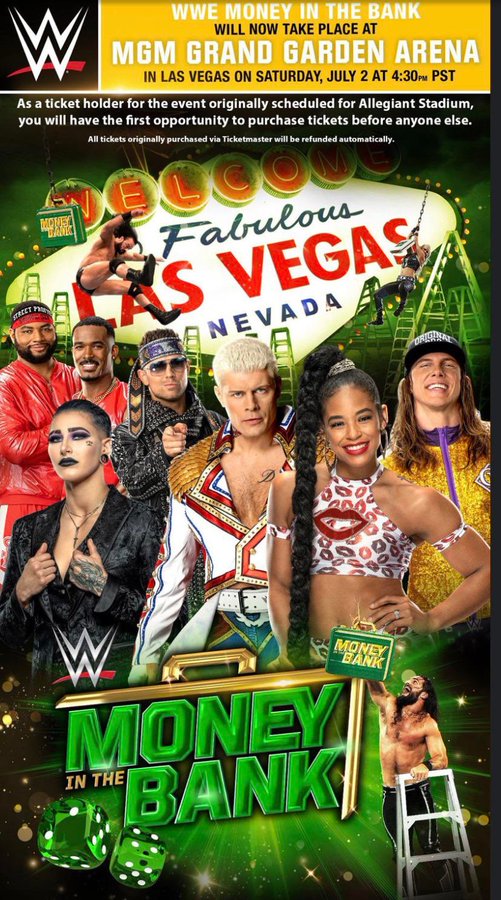