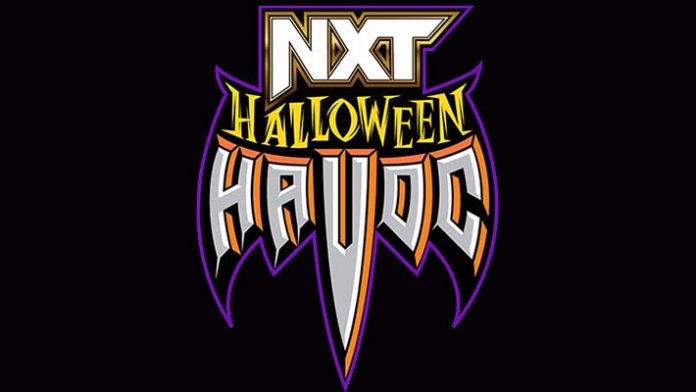 The TakeOver event will not be returning to WWE NXT, at least not for Halloween Havoc.

WWE has announced that NXT Halloween Havoc will take place on Saturday, October 22, from the WWE Performance Center in Orlando, FL. The show will be broadcast on Peacock and the WWE Network.

WWE also unveiled the new Halloween Havoc logo, which is shown below:

#WWENXT Halloween Havoc is BACK! 🎃

As of this writing, the only Halloween Havoc match announced is a Six-Way Ladder Match for the vacant NXT North American Title.

In 2020, NXT brought back the Halloween Havoc name for a special edition of the weekly TV show, and the main event of that show was then-NXT Women’s Champion IYO SKY successfully defending her title against Candice LeRae in a Tables, Ladders, and Scares match. The 2021 event was also broadcast as the weekly NXT TV show, with Bron Breakker capturing the NXT Title from Ciampa.