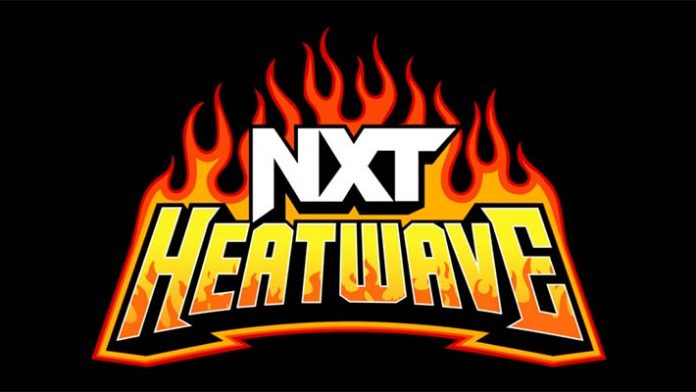 Carmelo Hayes & Giovanni Vinci lock up Vinci tosses Hayes across the ring before Hayes trips him. Hayes delivers a flying clothesline before going for a pin. Vinci kicks out. Vinci hits a vicious chop before hitting a flying crossbody. Vinci hits some vicious chops on Hayes before Hayes fires back with a couple of slaps. Both men take one another out with clotheslines as we head to a break.

We then head to a video of Women’s Champion Mandy Rose & Toxic Attraction pulling up to the arena. They run into NXT Champion Bron Breakker and she says he has an uphill battle. She says let’s see who leaves with their title and he agrees.

We then see Diamond Mine head to the ring.

We get a video promo from Von Wagner & Mr. Stone

Julius Creed says that less than a year ago, his brother and him jumped at the opportunity to learn from Roderick Strong. They said they dedicated every fiber of their being to winning the NXT Tag Team Titles for Diamond Mine. He said that it was recently brought to his attention that someone was trying to destroy Diamond Mine: Roderick Strong.

Strong asks if he’s kidding. He says he started the group because the Creed Brothers had immense potential. He says they are one of the best tag teams in all of WWE and he would put them up against The Usos any day of the week. Julius says they aren’t the future, but the now. He says he knows Strong will stab him in the back when given the chance. Brutus asks if he’s sure and Julius responds with yes. Brutus Creed says he has his back before Julius cues up a video, showing Strong hitting Julius with a knee after Tony D’Angelo tapped the mat as a signal.

Strong says he can’t be serious and says he knows nothing about it. Gallus come out of nowhere and attack Damon Kemp & Creed Brothers. They stare down Strong before shoving him into the corner.

We then head backstage to McKenzie Mitchell where she is with Roxanne Perez. She says her stomach has been in knots all day because she never thought she would be standing across the ring from her best friend. She says Jade made her bed and now she has to sleep in it.

Roxanne Perez wastes no time and goes straight after Cora Jade with right hands. She throws her out of the ring and delivers a suicide dive. Jade delivers a forearm before delivering an elbow to the back of Perez’s neck. She goes for a pin but Perez kicks out. Jade sends Perez face first into the top turnbuckle. Jade goes for another pin but Perez kicks out. Perez hits a couple of uppercuts before delivering a back body drop and a dropkick. Perez throws Jade onto the apron, then knocks her off. She charges through the middle rope, but Jade counters with a suplex.

After the break, Jade has Perez in a shoulder submission. Perez escapes and delivers a kick. Perez fires back with some right hands and a couple of uppercuts in the corner. She hits a leg sweep, then goes for a pin but Jade kicks out. Perez hits another leg sweep, then goes for another pin but Jade kicks out. Perez begins to get frustrated as Jade hits a knee before sending her to the mat. She goes for a pin, but Perez kicks out. Jade grabs her kendo stick from under the ring steps, but Perez wrestles it away from her and holds it. Jade attacks her from behind while Perez contemplates using it on Jade, Jade hits the double arm DDT to score the victory.

We head backstage to NXT UK Tag Team Champions Brooks Jensen & Josh Briggs & Fallon Henley. They say they will see Pretty Deadly & Lash Legend down the line. Gallus then approaches them and says they will turn this place upside down to be on top. They issue a challenge for the NXT UK Tag Team Titles before Briggs & Jensen accept.

We then head to a video package of the feud between Tony D’Angelo & Santos Escobar the last few months including the face 2 face confrontation in a park.

Santos tosses a chair at Tony D’Angelo. He fires down right hands and knees on him before setting up the chair and sending D’Angelo’s head into the chair. He hits a hurricanrana onto the chair, then goes for a cover but D’Angelo kicks out. Escobar hits some kicks on D’Angelo’s thigh before sending him down to the mat and delivering a dropkick to his ankles. He hits a knee to D’Angelo’s face, then goes for a pin but D’Angelo kicks out. Escobar hits a crossbody off the top rope as Stacks takes Joaquin Wilde & Cruz Del Toro out on the outside with a crossbody of his own. Escobar runs off the ropes, but D’Angelo meets him with the trash can lid to his head as we head to a break.

After the break D’Angelo shoves Escobar’s hand between the ring and ring steps before stomping on them. He delivers a vertical suplex to Escobar on a pile of chairs previously set up before going for a pin. Escobar kicks out. Stacks hands D’Angelo a trash can before he hits Escobar over the head with it. He goes for a pin, but Escobar kicks out. Escobar hits a series of clotheslines before delivering a hurricanrana and a step up enziguri. He goes flying off the top before D’Angelo rolls to the outside. Escobar takes him down with a taupe suicida before the two men take it back into the ring. D’Angelo tells Stacks to grab the crowbar before Del Toro takes him out. Escobar rolls up D’Angelo, but D’Angelo kicks out. Escobar calls on Wilde for brass knuckles, but D’Angelo rolls him up and Escobar kicks out. D’Angelo charges at Escobar, but he moves of the way and hits Elektra Lopez instead.

We come back from the break, we get a video recapping the feud between Tiffany Stratton & Wendy Choo before it’s announced they will face one another in a lights out match next week.

Mandy Rose looks for a kick. Zoey Stark blocks it and hits a forearm. She hits a few more before pushing Rose to the mat. Rose rolls to the outside before Stark delivers a baseball slide. Rose sends Stark onto the commentary desk before sending her leg bouncing off the table that takes us to a commercial break.

Stark & Rose exchange forearms before Stark gets the upper hand with her finisher. She crawls over to Rose, but Rose rolls out of the ring. Stark tries to drag her back in, but Rose wraps her knee in the rope. She kicks her knee before losing her knee brace. Rose looks for the Bicycle Knee, but Stark rolls her up. Rose kicks out and connects with the Bicycle Knee. She goes for a pin, but Stark kicks out. Rose puts on Stark’s knee brace and hits the Bicycle Knee again for the win.

We get a video from Quincy Elliott saying he is bringing it to NXT because he is the Super Diva.

We then head to McKenzie Mitchell is with Grayson Waller. He gloats about attacking Apollo Crews. He says Crews is selfish and says he will debut his new show, The Grayson Waller Effect, before saying Crews will be his 1st guest.

Bron Breakker hits JD McDonagh with a right hand to his throat. McDonagh sends Breakker to the mat before the two exchange submissions. McDonagh delivers a forearm before Breakker fires back with a delayed vertical suplex. He kips up and sends McDonagh out of the ring. McDonagh looks for an elbow, but Breakker has it scouted and begins to go to work on his shoulder. Breaker delivers a belly 2 belly followed by a standing moonsault. He goes for a pin, but McDonagh kicks out. Breaker delivers a clothesline as we head to a commercial.