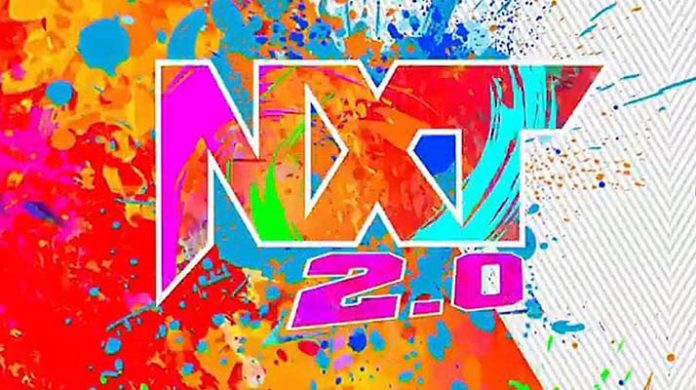 Kicking off this week’s NXT with a recap of Worlds Collide from this past Sunday.

Tyler Bate makes his way down to the ring.

Bate grabs a mic and thanks fans for having his back. He then thanks Bron Breakker for their match this past Sunday and says they created magic. He says he is grateful to have shared that moment with fans before saying his name will remain in the history books as the first & last NXT UK Champion. He says he hopes he represented the brand to the best of his abilities.

Gallus’ music hits and they head to the ring. Joe Coffey says he should be apologizing for letting England and the whole locker room down. They say he blew it abd ask what happened to “the big strong boy”. Bate says that while the event didn’t go his way, they couldn’t keep their end of the bargain. Joe says that he should remember who they’re speaking to because there’s 3 of them and one of him.

Gallus launch an attack on Bate and beat him down with right hands and kicks. Undisputed NXT Champion Bron Breaker’s music hits and he heads to the ring to make the save. He beats Gallus down and takes them all out. Breaker grabs a mic and says that if Gallus are looking for a fight, he and Bate will kick their asses.

We head backstage to the new Undisputed NXT Tag Team Champions Pretty Deadly admiring their NXT & NXT UK Tag Team Titles and celebrating their win. They say they are the greatest tag team of all time before Lash Legend walks in and says their performance on Sunday was incredible. She tells them to stay away from social media because fans are saying Damon Kemp is the reason they won. The pair give Legend their titles and walk off.

After the break we head to a digital exclusive of Meiko Satomura talking to a camera man about her match. Cora Jade approaches her and says she’s sorry for losing her NXT UK Women’s Title. Jade challenges her to a match but Satomura declines the offer. Jade asks if she’s scared before Satomura says she already has a match against Roxanne Perez.

Nikki ASH & Gigi Dolin begins this match then they lock up. Nikki whips Dolin’s head into the top turnbuckle then tags in Doudrop. Doudrop delivers an elbow, then goes for a cover but Dolin kicks out. Nikki & Jacy Jayne tag in. Nikki delivers a kick but Jayne rolls her up. Nikki kicks out and Jayne delivers a kick to her thigh. Nikki hits a dropkick followed by a bulldog. She goes for a pin, but Jayne kicks out. Nikki ascends to the top rope but Jayne pushes her off to the outside. Jayne follows her and delivers a cannonball off the apron.

After the break, Dolin beats down Nikki with several right hands. Jayne tags in and delivers a cannonball in the corner. She goes for a pin, but Nikki kicks out. Jayne locks in a chinlock, but Nikki escapes. Jayne hits a neckbreaker, then looks for a senton but Nikki moves out of the way.

We then head to a video of Apollo Crews discussing Grayson Waller trying to take out his eye with eye rakes.

Match begins with a lock up. JD McDonagh delivers a shoulder tackle. Wes Lee hits several clotheslines followed by a back elbow. McDonagh trips Lee, then delivers a kick to his midsection. Lee hits a dropkick and sends McDonagh out of the ring. He goes flying over the top rope that sends us to a commercial break.

We come back from the break McDonagh has Lee in an arm submission. Lee delivers a right hand to McDonagh’s face before firing off lefts and rights to his midsection. He delivers several kicks to his thigh, followed by a double stomp. Both men spill to the outside before Lee delivers a dropkick to McDonagh over the commentary table.

We go backstage to Tony D’Angelo & Stacks. They each drink a cup of espresso before Pretty Deadly walk in. They offer them a cup of espresso and they accept. Stacks asks what it cost to recruit Damon Kemp to help them, but they insist they did it on their own before walking off in frustration.

Meiko Satomura & Roxanne Perez shake hands then they go into a lock up and exchange submissions before they both go for a clothesline. Satomura delivers a kick to Perez’s midsection, followed by a diving headbutt. Satomura delivers a double knee then goes for a pin attempt but Perez kicks out. Perez rolls up but Satomura locks in a full body submission. Perez escapes and locks in a crossface. Perez delivers a dropkick and sends Satomura out of the ring. She follows it up with a taupe suicida. We head back to Cora Jade and see her leave the television she’s watching the match from that takes us to a commercial break.

After the match the two bow to one another in a sign of respect. Cora Jade runs into the ring from the crowd and hits Perez with her kendo stick. Satomura gets in the ring to protect Perez & Jade retreats.

We then head backstage to Tyler Bate & NXT Champion Bron Breakker getting ready for their tag team match later on tonight. Bate thanks Breakker for what he did and Breakker says he is NXT now.

We then go to a video of Damon Kemp discussing his actions at Worlds Collide. He says he never got thanks or put in the singles ranks because he had to be ready. He says he stirred the pot between Roderick Strong & Julius Creed from within and tear Diamond Mine down from the inside out. He reveals he was the one to attack Strong in the parking lot and says the steel chair hitting Julius Creed’s back signalled the end of the group. He says that diamonds aren’t forever but he is.

We then head to a video package about raising awareness for pediatric cancer and Connor’s Cure.

We are back from the break we head to The Dyad trying to recruit members to The Schism. Kiana James grabs their card but has her assistant throw it into the trash. Arianna Grace walks in and says she can’t stand Nikkita Lyons & Zoey Stark. James tells her assistant to mark down a training session for her.

After the match Ricochet & Carmelo Hayes stare down.

We head backstage to Tony D’Angelo & Stacks. Cameron Grimes walks in and they offer him an espresso. He declines their offer to join the group and says he needs no one. D’Angelo says he gave him the benefit of the doubt, but he won’t do it again. D’Angelo says he ran the last two guys out of NXT who declined to join him before Grimes says he isn’t like them. Stacks says that’s the case because people respect them. Grimes charges at the pair, but D’Angelo levels him by sending him through the table.

We see a video teasing the debut of Sol Roca.

We go backstage to the interview area where McKenzie Mitchell is with former NXT Tag Team Champions Creed Brothers & Ivy Nile & they say they will break Damon Kemp’s face and call him a dead man before saying they will correct the mistake made at Worlds Collide. Pretty Deadly walk in and say the WWE Universe will pick the stipulation for their rematch for the unified NXT Tag Team Titles next week. Julius says that he will use the rage he is feeling and take it out on them.

Match 1 Of Best Of 3 Series
Axiom vs. Nathan Frazer

After the commercial break, Frazer delivers a couple of back elbows. Axiom sends him to the outside before flying through the middle rope. He tosses Frazer back in the ring, then goes for a pin but Frazer kicks out. Frazer delivers a modified twisting neck breaker before hitting several chops. He hits a flying back elbow, followed by a reverse DDT. He goes for a cover but Axiom kicks out. Axiom rolls up Frazer but Frazer kicks out. Frazer hits a slingblade, then goes for a shooting star press. Axiom gets his knees up and locks in a submission but Frazer grabs the bottom rope to break it.

Frazer locks in a Boston Crab but Axiom grabs the bottom rope to break it. Axiom hits a right hand, then goes for a pin but Frazer kicks out. Axiom hits the Shut Out to Frazer’s face for the win.

We are back from the break we get a video package hyping up Quincy Elliott. He says he’s coming next week.

We head backstage to Trick Williams & North American Champion Carmelo Hayes standing by with McKenzie Mitchell. Hayes says that they’re done with Ricochet before saying he’s beat everyone there is to beat before Mitchell tells him that the WWE Universe will vote on who his opponent is next week for a shot at his North American Title.

Bron Breaker & Joe Coffey starts the match & they lock up. They exchange submissions before Breakker hits Joe with a kick to his face. Tyler Bate tags in and delivers a flip off the top rope. He goes for a pin, but Joe kicks out at one. Mark Coffey tags in and delivers a chop. Bate delivers a dropkick before tagging in Breakker. Breakker & Bate deliver a double delayed vertical suplex to the Coffey Brothers before posing in the ring that takes us to our final commercial break.

We come back from our final commercial break

Bate has a side headlock locked in on Mark. He delivers a hurricanrana, followed by a dropkick. He sends Mark out of the ring and delivers a dive over the top rope. While the referee is distracted, Wolfgang tosses Bate into the ring post. Joe tags in and he beats Bate down. Bate tosses him into the corner and Mark tags back in. He delivers a back body drop before Joe tags back in. Joe delivers a suplex then goes for a pin but Bate kicks out. Bate delivers a couple of forearms before locking in a bear hug. Joe breaks it up and delivers a right hand.

Bate makes the hot tag to Breakker and he sends Joe to the mat. Mark tags in and he delivers a spinebuster. Bate tags in and they hit a Doomsday Device. Bate goes for a pin, but Mark kicks out. Bate delivers the Tyler Driver 97 for the win.

After the match, JD McDonagh runs down and launches a surprise attack on Bate. Breakker comes to his aid and McDonagh retreats through the crowd to close out this week’s NXT.