We are in London, England and your announcers are Andy Shepherd and Nigel McGuinness.

As Samuels poses on the turnbuckles, Davenport knocks Samuels off the turnbuckles to the floor. Davenport runs Samuels into the apron and the ringside barrier. Before the referee can check on Samuels, Davenport with a Falcon Arrow. Davenport stands over Samuels and then she sets for the Bea Trigger. A referee and Sid Scala make their way to the ring to stop Davenport and save Samuels.

Scala tells Davenport to go to the back and Blair gives Scala a Bea Trigger. Davenport with a Falcon Arrow on Scala.

We take a look back at the match between Aoife Valkyrie and Jinny from last week and what happened to Valkyrie’s knee. We are told that Valkyrie is out for an undetermined amount of time.

Jinny says that no bird soars so high if they soar with their own wings, unless someone clips them. To be the best, you must be able to handle the worst and that is what I did. You may have won the match, but the woman standing tall is me. I said you would not stand and you would not survive. Everyone has seen the fall of Aoife Valkyrie at the hands of Jinny.

We are back with Symbiosis. T-Bone mentions the six man tag match for next week with Symbiosis against Saxon Huxley and two partners of his choice. Primate says you are not the most popular. Eddie says Saxon may have beaten him but a broken clock is right twice a day. Symbiosis is greater than the sum of its parts. Better luck next time.

Mastiff and Wild start things off and they lock up. Mastiff with a side head lock and top wrist lock and he returns to the side head lock. Mastiff with a shoulder tackle and a waist lock followed by a Northern Lights suplex for a near fall. Starz tags in and he connects with a forearm to the back. Starz with a head butt to the midsection and Mastiff tags back in.

We go to Pretty Deadly on the streets of London doing a photo shoot.

Mark Coffey and Joe Coffey show up and Joe says the belts belong with Gallus. Mark pushes Lewis into the water. Sam does what Kate Winslet would not do to Leonardo DiCaprio and he saves his tag team partner from watery doom.

We are back with a look at Ilja Dragunov’s victory over WALTER at Takeover.

We will take a look at the match next week with some ‘special added insight’ from the match.

Amale with a drop kick that sends McKenzie into the turnbuckles. Amale with a face wash. McKenzie with a rollup for the three count.

We take a look at what happened earlier between Blair Davenport and Nina Samuels.

We see Sid Scala being checked out in the back by the medical staff. Scala has a neck brace on while they continue with tests.

Oliver Carter and Ashton Smith are walking in the back earlier in the week and they go into Saxon Huxley’s locker room. Carter says they know that Huxley is mad at Symbiosis and they are here to back him up.

Huxley says you can count on Saxon.

Smith says he is in.

We are back with comments from Sam Gradwell and Wolfgang about their Heritage Cup Tournament Match. Gradwell says nobody embodies heritage, honor, and prestige like him. Someone who knows nothing about that is Wolfgang. Wolfgang says he has asked for a rematch against Gradwell after what he did to him and now he gets his chance in the tournament.

Gradwell says the last time they wrestled Wolfgang broke his ribs. Where was the technical work. Wolfgang says that Gradwell has healed up for their match and he is either very brave or very stupid. Gradwell says when you make those sounds as you come to the ring and you call yourself the Big Bad Wolf, to me you are a big bad yoghurt. He says he will beat Wolfgang around the BT Studios for all six rounds. Wolfgang says he will break Sam when they are done.

Frazer flips on the ropes but Teoman holds on to the wrist lock. Teoman keeps Frazer on the mat despite Frazer’s attempts to escape. Frazer with a reversal and arm wringer. Teoman backs into the corner and then he slaps Frazer. Frazer with a punch and chops. Frazer with more chops. Teoman with a kick and then they exchange forearms and Frazer with a drop kick as the round ends.

Teoman goes into Frazer’s corner and he goes for the arm but Frazer with a chop. They exchange forearms. Frazer with a flying forearm and Teoman goes to the floor to regroup. Frazer goes for a suicide dive but Raja takes the impact when Raja pushes Teoman out of the way. Teoman sends Frazer into the ringside barrier and the ring steps. Teoman with a sliding forearm to the temple for the three count.

Teoman holds his shoulder as the round starts and they exchange forearms. Frazer with the advantage but Teoman punches the ribs and he tries for a crossface but Frazer stays on his feet and he backs Teoman into the corner. Teoman sends Frazer to the mat. Teoman goes to the turnbuckles and hits a missile drop kick to the back of the head. Teoman gets a near fall.

Frazer with a back elbow but Teoman with a waist lock. Frazer with a power slam into a small package for the three count.

Frazer and Teoman go through the ropes and Teoman goes to the floor while Frazer stays on the apron and rolls back into the ring. Frazer with a suicide dive and then he stares down Raja. Frazer sends Teoman back into the ring and hits a springboard elbow drop for a near fall. Frazer goes back to the turnbuckles and Raja distracts Frazer and Frazer misses a Phoenix Splash and Teoman with a Diamond Dust DDT for the three count.

Winner: Teoman (2 Falls to 1) (Advances to face the winner of Sam Gradwell versus Wolfgang) 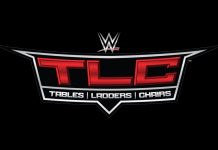