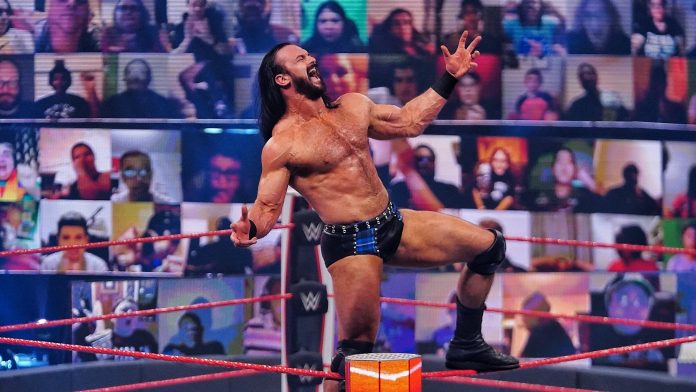 WWE fans reportedly want Drew McIntyre and Sasha Banks to be on the cover of the upcoming WWE 2K22 video game. The WWE On FOX Twitter account issued a poll this week asking fans which Superstar should be on the cover of the next game from WWE and 2K. They then announced that fans overwhelmingly voted for McIntyre to be the male cover Superstar, and for Banks to be the female cover Superstar.

WWE Games has not revealed the cover for WWE 2K22 yet, or announced the release date, but it was confirmed that the game will be released later this year.

There was no WWE 2K21 video game released last year due to issues surrounding the release of the WWE 2K20 video game the year before. Instead 2K released the WWE 2K Battlegrounds game in 2020. The WWE 2K20 video game featured Becky Lynch and WWE Universal Champion Roman Reigns on the cover. For what it’s worth, Rey Mysterio is featured in the only promotional material that has been released for the video game so far. You can see the teaser promo below, which was released during WrestleMania 37 Weekend.

The Superstar that should be on the cover for @WWE 2k22 is: