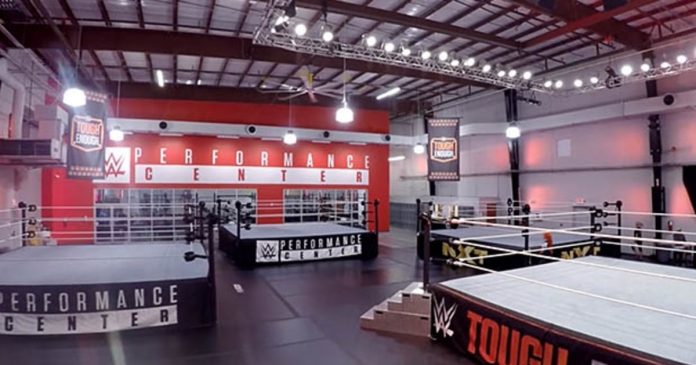 WWE has announced the latest class of talent recruits.

Check out the announcement below.

Valerie Loureda is an acclaimed mixed martial artist who previously fought in Bellator, where she compiled a 4-1 record. The 24-year-old Miami, Fla., native has a black belt in Taekwondo and has already made waves in the MMA world for her social media presence. Loureda is also the first Cuban-American to be signed by WWE.

The 24-year-old Tracy Hancock is already an internationally renowned amateur wrestler, having competed at the 2020 Olympic Games in Tokyo. The 6-foot-1, 215-pound, Colorado Springs native has spent five years training with Team USA Wrestling, winning a bronze medal at the 2021 World Wrestling Championships.

A former Miss Indiana, Alexis Lete heads to the WWE Performance Center after four years on the George Washington University volleyball team as their leading middle blocker. A social media star, Lete is most notably known for her viral Wonder Woman TikToks as well as hosting a cryptocurrency podcast, “Crypto Cast.”

Tiller Bucktrot is a 6-foot-4, 305-pound former offensive lineman for Tulsa University. Originally from Stroud, Okla., Bucktrot is a proud representative of his Indigenous heritage as a member of the Muscogee Creek Tribe.

24-year-old Abule Abadi-Fitzgerald is a Lakeland, Fla., native originally from Nigeria. The 6-foot-5, 284-pounder spent four seasons as a defensive tackle for Kentucky.

AJ Amrhein is a well-renowned fitness instructor from Scottsburg, Ind., and a former tumbler on the prestigious Baylor Acrobatics & Tumbling team. Amrhein is a three-time national champion with The Bears and was named the 2020 Female Scholar Athlete of the Year.

A 6-foot-4, 335-pound force Antoine Frazier hails from Huffman, Texas, where he excelled on the football field before going on to become a regular on the offensive line for both Kansas University and the University of Northern Iowa.

24-year-old Daniel McArthur is a four-time NCAA All-American and ACC Track & Field Champion from the University of North Carolina. At 6-foot-4, 300 pounds, McArthur holds both the indoor and outdoor shot put records at UNC and attended the 2020 Olympic Trials.

Gina DeLucia is a 24-year-old Crossfit competitor ranked among the top 200 females in the United States. A graduate of Ole Miss, DeLucia is a former cheerleader who went on to compete internationally at some of Crossfit’s most renowned competitions.

Originally from Fort Worth, Texas, Houston Miller is a 6-foot-4, 260-pound beast who played three seasons for Texas Tech along the defensive line.

Caleb Balgaard is a multi-sport athlete originally from Fenton, Mich. The 6-foot-3, 209-pound, 24-year-old stood out on the South Alabama baseball team as a utility hitter.

Standing at 6-foot-1, 310 pounds, Joe Spivak is another 2021-22 WWE NIL Athlete out of Northwestern University. A native of Darien, Ill., Spivak was named a captain of the Wildcats football team. The offensive lineman was also named to the 2021 Wuerffel Trophy Watch List, which honors college football’s most impactful community service leaders.

Sarah Baer was a standout collegiate soccer and basketball player at both Bowling Green University and Lynn University. The 26-year-old dual sport athlete also has a master’s in criminal justice.

The 23-year-old Tiana Caffey is a former collegiate soccer player from LSU. A Port St. Lucie, Fla., native, Caffey was called up to play for the USA U17 National Soccer Team.

A threat on the gridiron and on the mat, Roman Macek was an offensive lineman for Duquesne University and a bronze medalist at the PIAA State Wrestling Championships. The 6-foot-1, 265-pound, Pittsburgh, Penn., native holds the Duquesne bench press record at 450 pounds.