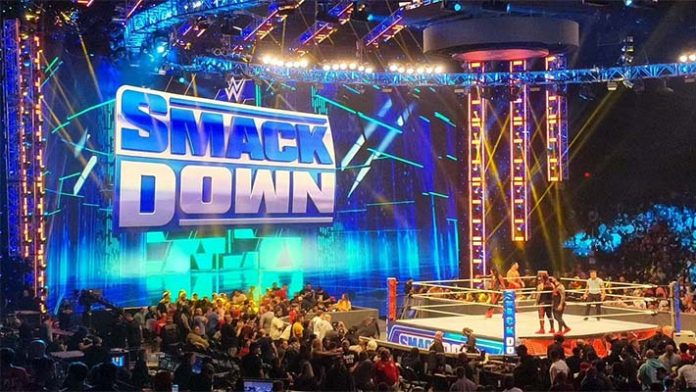 During the commercial breaks at the WWE SmackDown event in Anaheim, a number of fans who were there mentioned on social media that “White Rabbit” was played. There was nothing else said, but as you can see below, when the lights were dimmed, they played the song.

As a result of this, there have been rumors that WWE has purchased the rights to use the song in preparation for a new or returning superstar. Bray Wyatt’s name has been in the news recently due to a recent report that stated he had discussions with WWE about the possibility of making a comeback. In addition, there are other surprises that are scheduled to take place in the upcoming weeks and months.

On the other hand, the fact that Karrion Kross was known as The White Rabbit while he was a member of Lucha Underground makes it more likely that the song was written for him. This week on SmackDown, Kross did not make a live appearance; however, he did appear in a promotional segment that was pre-recorded alongside Scarlett. Kross and Drew McIntyre are currently engaged in a feud, and it appears that they will be engaging in a match against each other at Extreme Rules in Philadelphia.

You can watch the video clip below to see “White Rabbit” being played in the arena.

I thought this was for Kross’s entrance. Thought we might be getting the White Rabbit Kross again! #Smackdown pic.twitter.com/DsiseSkhG5