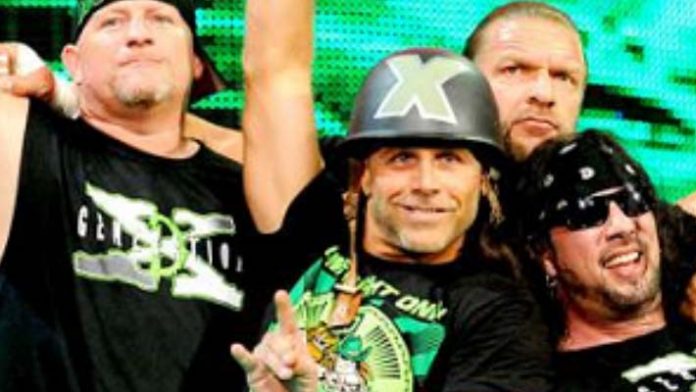 D-Generation X will reunite on WWE RAW on October 10 at the Barclays Center in Brooklyn, New York. The arena announced the news in a tweet on Friday.

Although the video primarily features Triple H and Shawn Michaels, it also includes Sean “X-Pac” Waltman and Brian “Road Dogg” James.  In one of the video’s clips, Triple H asks if there are any more of them. They were careful not to show AEW’s Billy Gunn.

The season premiere of the show is also being promoted. Other than the DX celebration, no other segments or matches have been officially announced.

As the company’s Chief Content Officer, Triple H and Shawn Michaels are in charge of creative. Michaels was recently named Senior Vice President of Talent Development Creative, in charge of the NXT brand’s creative.