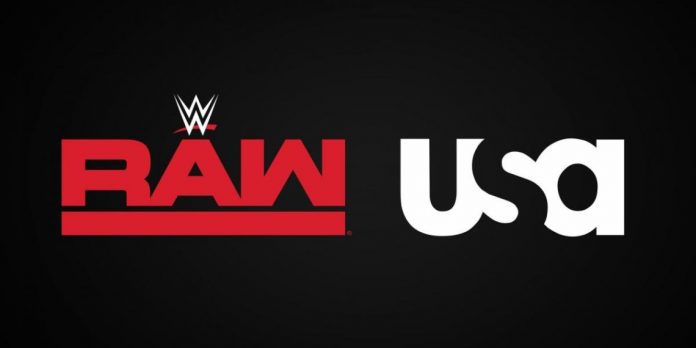 Monday’s live Crown Jewel go-home edition of WWE RAW drew an average of 1.593 million viewers on the USA Network, according to Nielsen via Showbuzz Daily. This is up 0.7% from last week’s 1.582 million viewers.

RAW ranked #16 for the night in viewership on cable, behind the NFL on ESPN, Monday Night Kickoff on ESPN, Monday Night Postgame on ESPN, MLB ALCS on FS1, The Five, Tucker Carlson Tonight, Sportscenter at midnight, Hannity, Special Report with Brett Baier, The Ingraham Angle, FOX News Primetime, Rachel Maddow Show, Outnumbered, The Faulkner Focus, and Gutfeld. This is up from last week’s #19 ranking for the night in viewership. RAW ranked #7 for the night on the Cable Top 150, with the 0.39 rating in the key 18-49 demographic. This is even with last week’s #7 spot. The NFL Monday Night Football game between the Bills and the Titans on ESPN topped the Cable Top 150 with a 4.06 key demo rating. The game on the main ESPN channel also topped the night on cable in viewership with 12.528 million viewers.

Monday’s RAW drew the seventh-lowest audience in show history. The 18-49 key demo rating, a 0.39 rating for 510,000 18-49 viewers, is the lowest in show history. The show went up against Week 6 of Monday Night Football on ESPN. The game between the Bills and the Titans was watched by 12.528 million viewers on ESPN, plus several million viewers for the various pre and post-game shows. There was also competition from MLB last night as the ALCS game between the Red Sox and the Astros drew 3.540 million viewers on FS1. This week’s RAW viewership was up 0.7% from last week, while this week’s key demo rating was down 7.14% from last week. Monday’s RAW viewership was down 10.35% from the same week in 2020, while the 18-49 key demo rating was down 25% from the same week in 2020. The 2020 episode was the RAW season premiere.