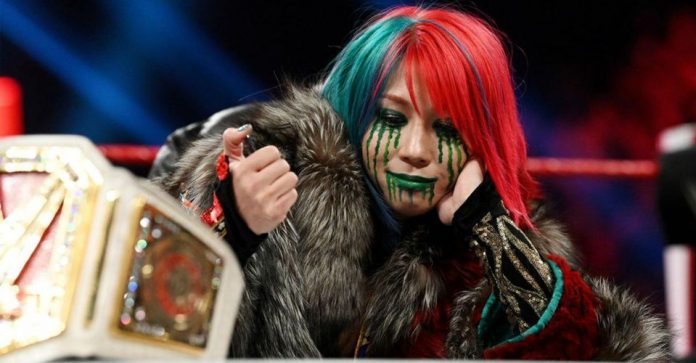 The WWE TV tapings at the Performance Center in Orlando, Florida are currently in progress. As noted earlier today, via PWInsider, the tapings were scheduled to begin at around 1pm ET but they started more than 1 hour late. It was reported that WWE officials were “deep into re-working their original plans” for today’s tapings, and that the re-writes were due to talents who were originally written into plans for the tapings, no longer being available to perform. It was also speculated that the negative feedback to Sunday’s “The Horror Show at Extreme Rules” pay-per-view led to creative changes.

It was noted by F4Wonline.com that the script for tonight’s RAW was being “torn up” and re-written due to changes in creative plans. Word is that tonight’s RAW is a completely different show from what was originally scripted, caused by direction changes and talents being unavailable. WWE has announced Seth Rollins vs. Aleister Black for tonight’s show, plus an Unsanctioned Match between Randy Orton and Big Show. It was also previously announced by WWE Women’s Tag Team Champions Sasha Banks and SmackDown Women’s Champion Bayley that they will explain the RAW Women’s Title situation coming out of The Horror Show at Extreme Rules, which saw them basically steal the title from champion Asuka.

Regarding the RAW Women’s Title, PWInsider reports that the direction as of earlier today was that Banks would not be recognized as the new champion, but would still be in possession of the strap. There’s no word yet on if Kairi Sane will factor into those plans as she is reportedly finishing up with the company at today’s tapings, and heading back to Japan to be with her husband. WWE originally had an injury angle planned for tonight that would’ve seen Sane written out of the company, to set up Asuka’s SummerSlam match. There have been rumors on Asuka defending against Banks at WWE SummerSlam in late August. F4Wonline.com adds that WWE had three plans for Asuka at SummerSlam – the original plan that is no longer on the table, a secondary plan that wasn’t certain, and the third. A decision was to be made on what direction they were going in, based on available talents.

WWE originally had a big angle planned for tonight’s RAW that would have set up the SummerSlam match between Orton and WWE Champion Drew McIntyre. That angle was still planned as of this morning, but there’s no word on if it survived the various edits as numerous angles were changed.