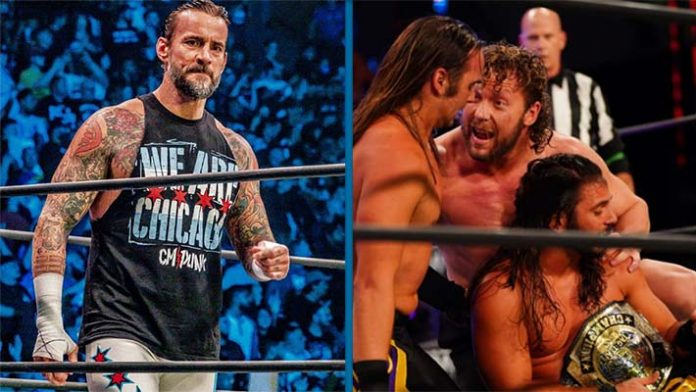 As PWMania.com previously reported, after the 2022 AEW Out PPV event, members of The Elite and CM Punk are said to have gotten into a physical altercation after The Young Bucks and Kenny Omega “stormed into” CM Punk’s locker room.

During the episode of Smackdown that aired on September 9, 2022, WWE appeared to make references to CM Punk’s comments that were made during the All Out post-show media scrum as well as the investigation into the altercation that was conducted by a third party. The following is what announcer Michael Cole had to say about Ronda Rousey’s attack on Adam Pearce during the show that took place one week ago:

“I have been told that Ronda Rousey has been disciplined internally and the results will not be made public. Sources have told me this, WWE official Adam Pearce has gotten carried away, he’s aired the dirty laundry publicly, hence the reason this investigation was taken behind the scenes with Ronda.”

You can check out a clip from the segment below: