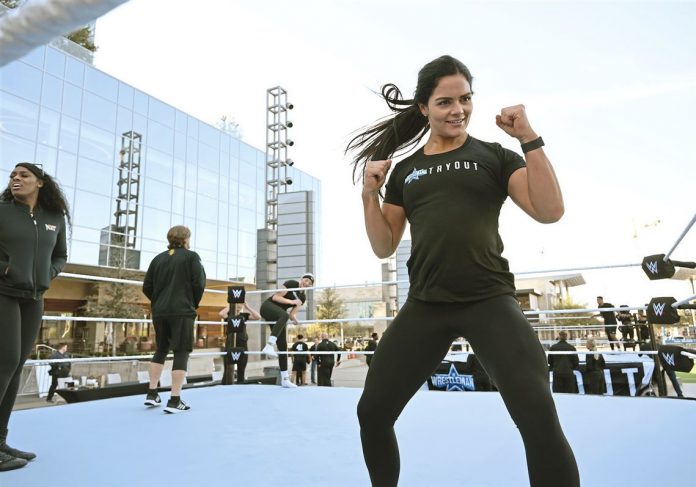 WWE held a tryout during WrestleMania week this year, and it appears eight people were offered contracts recently by the company. One of those people is Gina DeLucia, a 24 year old Pittsburgh native, according to the Pittsburgh Post-Gazette.

DeLucia has a background in CrossFit, volleyball and cheerleading. She stands at 5′ 5″ and has no prior experience in professional wrestling.

The tryouts during WrestleMania week took place on the Wednesday, Thursday and Friday before WrestleMania 38 in Dallax, TX. There were approximately 50 male and female participants, with collegiate athletic backgrounds spanning between football, basketball, wrestling, volleyball, and more.