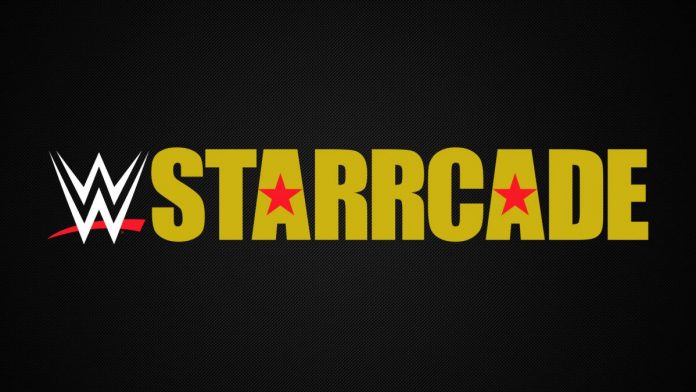 The following are results from the WWE Smackdown brand’s special “Starrcade” live event at the historic Greensboro Coliseum in North Carolina. Scheduled for the show were two big steel cage championship bouts, with several wrestling legends advertised to appear.

– “Nature Boy” Ric Flair is in the house, as WWE posted a video of him backstage with Dolph Ziggler before the show.

– The show opened with a pay-per-view level video package highlighting the history of Starrcade, which for years was the biggest event of Jim Crockett’s NWA and later WCW.

– The show wasn’t sold out but attendance looked great for a Smackdown house show at bell time. The lower bowl was completely packed and they opened up the upper section for more people coming in.

(1) Bobby Roode def. Dolph Ziggler. WWE Hall of Famer Arn Anderson, whose first Starrcade was 1985 defending the NWA National tag titles, came out as special enforcer. After a good back and forth match Ziggler went for a chair but Arn stopped him. They got into it and Arn planted him with his signature Spinebuster, which got a great reaction, followed by the Glorious DDT from Roode.

(2) The Bludgeon Brothers, The Colons, Mike Kanellis & Rusev def. Breezango, The Ascension, Sin Cara & Tye Dillinger in a 12-man tag team match. Basically everything broke down when Harper and Rowan started murdering everyone, their own teammates included, and pinned Dillinger.

(3) Naomi def. Tamina Snuka. Lana was out causing distractions for her client but got kicked off the apron for her trouble. Tamina went for the Superfly Splash but got caught with a kick on the top rope, and Naomi converted into her finisher for the win.

(4) “The Natural” Dustin Rhodes def. Dash Wilder. They aired a video package in tribute of Dusty before the match. “The Natural” was Dustin’s gimmick in NWA/WCW years before he donned the face paint and became Goldust. He won a short match with a running bulldog (his old finisher) against one half of The Arrival, throwbacks who would have fit in perfectly in that era.

– Ricky “The Dragon” Steamboat came out and cut a promo about the Greensboro Coliseum being their version of Madison Square Garden. They ran a video package about him with footage of his U.S. Heavyweight title runs, which leads perfectly into the next match…

(5) Baron Corbin (c) retained the WWE US Championship against Shinsuke Nakamura. They had a good match with Nakamura coming very close to winning the title, but Corbin hit him with a chair to get himself disqualified.

– Matt Hardy came out with an injured Jeff Hardy, and his son King Maxel even made a brief cameo on the entrance ramp. The Rock ‘n’ Roll Express joined them in the ring for yet another historic moment in tag team wrestling at the Greensboro Coliseum. It’s a Broken Hardy reunion! Ricky Morton got all fired up on the mic, until the New Day came out and danced with them.

(6) The Usos (c) def. The New Day, Chad Gable & Shelton Benjamin, Kevin Owens & Sami Zayn to retain the Smackdown Tag Team Championships. A crazy brawl with non-stop action and some mild twerking from Kofi Kingston. The crowd was really into everything. The Usos caught Gable with stereo superkicks, one of them did a suicide dive to take out the pack, and the other finished off Gable with a top rope splash to retain.

– During intermission they set up a cage around the ring. No need to go through all the trouble of hanging it from the ceiling at a house show.

– The “Nature Boy” Ric Flair came out after a video package aired showcasing his legacy in the NWA and Greensboro. He received an incredible reaction from his home state and put over Dusty Rhodes as the man who created Starrcade and came up with the idea for “Flair for the Gold”.

(7) Charlotte Flair (c) def. Natalya to retain the Smackdown Women’s Championship inside a steel cage. Supposedly another very good match between the two, on par with their Survivor Series bout or possibly better. They did a big superplex spot off the top rope and Charlotte locked in the Figure Eight to get the submission.

(8) AJ Styles (c) def. Jinder Mahal to retain the WWE Championship inside a steel cage. So after all the unnecessary drama on social media with false “rumors” that Jinder was supposed to take the title at a house show, Styles gets the win as expected and retains the title. Lots of interference from the Singh brothers who squirmed their way inside the cage. Styles fought on the top of the cage with one of them, threw him all the way to the ground and smashed the door into Jinder’s face before climbing down and winning.