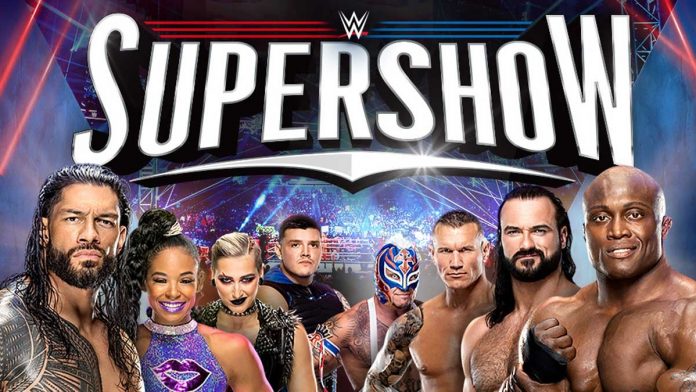 The coronavirus pandemic hit the whole world unexpectedly in March 2020. The pandemic saw governments impose strict measures on many social activities including physical meetings. The United States of America was highly affected by these health measures to curb the spread of the disease. The containment measures highly affected the WWE loyal fans as they were banned from physically attending wrestling matches.

All matches were now streamed online which was not as interesting as watching the matches live. At this time, health ministries were working tirelessly to ensure they manufacture a vaccine that would be used against the new killer disease. Fast forward to 2021, America is one of the countries that has had mass vaccination. This is prompting the government to relax some measures to ensure that life continues and the economy doesn’t go into depression.

Physical gatherings have now been allowed in most states but with new rules on social distancing and masking. This came as good news for WWE fans as it meant that they could now attend live WWE matches after enjoying free sports picks analyzed by experts. The WWE, on the other hand, had a lot in store for their fans. Top of the list of 2021 activities was the WWE Super Show. There have been many WWE Super Shows held in different cities. The upcoming WWE Super Show is scheduled to happen at Hershey.

The much-awaited event will host some of the biggest names in both Raw and SmackDown. Among the confirmed outstanding matches are;

The match will see different superstars contend including:

The three outstanding superstars are family to the renowned Samoan wrestlers the Anoai family. Their father is the WWE legend Rikishi while the famous WWE legend Umaga is their uncle. The three fighters allied an episode of WWE Smackdown where the Usos saved Roman Reigns from an attack by King Corbin and Dolph Ziggler.

The Street Profit is a registered WWE tag team that is made up of Angelo Dawkins and Montez Ford. The pair is a champion in their own way as they have won the WWE championships three times.

Finn Balor whose original name is Fergal Devitt hails from Ireland and is also a beast in the ring. Finn Balor has many titles to his name including WWE Universal Champion and WWE Inter-Continental Championship.

The two teams will go head to head which makes the match one of the most anticipated in the Giant Center Super Show.

Becky Lynch is one of the celebrated female wrestlers of all time. Her real name is Rebecca Quin and was born in Ireland on the 30th January 1987. The 34-year-old has many titles to her name. These include SmackDown Women’s Championship and Raw Women’sChampionship which she held for a record 399 days. She is currently Smackdowns Women’s Champion

Bianca Nicole Crawford alias Bianca Belair is an American WWE female superstar. She is among the successful wrestling stars to win the Royal Rumble.

The match is going to be a hot one as both female wrestlers are good fighters.

Ashley Elizabeth Fliehr popularly known as Charlotte Flair is among the best female fighters. The current holder of the WWE Raw Women’s Championship title is the daughter of the popular Ric Flair. She has many accolades to her name including becoming both Triple Crown Champion and a Grand Slam Champion. Flair is also among the few women who have won the Royal Rumble match.

Alexis Joann-Louise Kaufman alias Alexa Bliss is also a famous female wrestler. Alexa who is 31 years old has many titles to her name including a two-time SmackDown Women’s Championship title, and a winner in both women’s Money in the Bank ladder and Elimination Chamber match.

The match is expected to be full of activity as both ladies are good fighters.

Bobby Lashley is among the biggest names in Wrestling history. Franklin Roberto Lashley alias Bobby Lashley was born on the 16th of July in 1976. The former armed forces veteran has had a successful career having won titles in ECW, WWE, and a record TNA/ Impact World championship title which has only been won by the legendary Rob Van Dam.

Big E is an alias for Ettore Ewen.The big superstar is the current holder of the WWE Championship title. He has been in the history book for holding the tag team championship title for 483 days.

The WWE Super Show is expected to host many players back to the wrestling stadiums after a long time of inactivity due to the coronavirus pandemic.