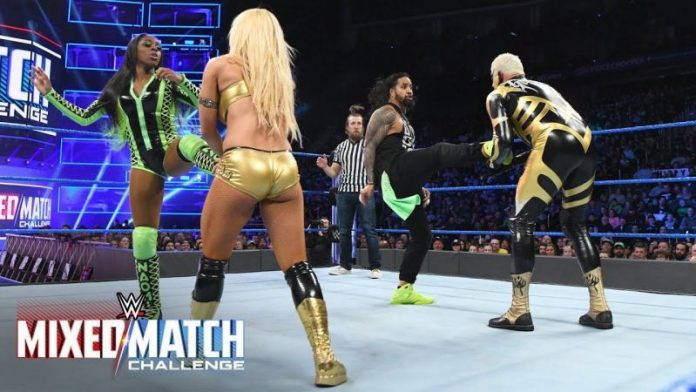 In an interview with So Catch, WWE star Naomi commented on intergender wrestling:

“I love it. I understand (why it’s not done), but doing Mixed Match Challenge, that was my favorite thing about it because we get to interact with the guys. I think it would be awesome, as long as there is limitations and boundaries so stuff doesn’t get too crazy. At this point, with the women being where they are and proving ourselves and wanting to be considered as equals in the company, you can’t hold back in some areas and not in others. It would really make things equal. I think we can handle ourselves against the men.”