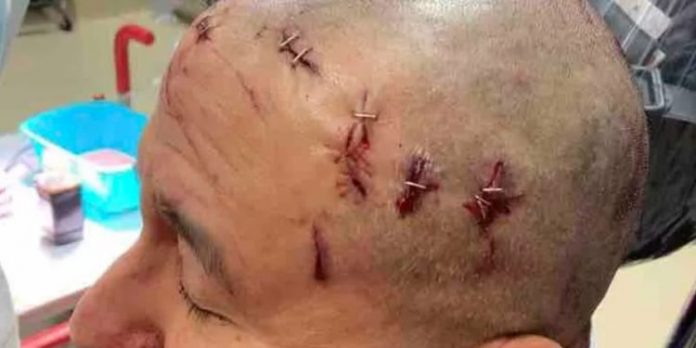 Veteran WWE Superstar says The Blood Hunter (aka Hannibal, Devon Nicholson) should be banned from pro wrestling for the weekend incident with a referee at an indie event in Texas.

As noted, The Blood Hunter was defending the Texas Heavyweight Title against Carlito at Saturday’s World Class Revolution event in Irving, TX. There was an angle where Hannibal attacked referee Lando Deltoro, stabbing him in the head with a spike. Deltoro has admitted that he agreed to bleed in the spot, but that Hannibal went too far. Deltoro was taken to a local hospital, and it was revealed that he suffered a torn artery in his head. Deltoro has stated that the incident was “defiantly not a work” and that the angle went “way off the rails.” You can click here for our recent report on the incident, along with Will Ospreay’s comments, and GoFundMe information for Deltoro.

In an update, The Miz spoke with TMZ Sports and was asked about the incident. He said he’d be in favor of a lifetime ban for Hannibal.

“You don’t do that stuff, that didn’t look like a mistake. Accidents happen,” The Miz said. “But I don’t get stabbed with like a knife or whatever the hell the guy had.”

The World Class Revolution promotion has banned Hannibal from all future events.

Hannibal posted a video to his YouTube page to explain his side of the story, but that video has since been made private. He noted that Deltoro was hired to officiate the match because he was expected to bleed. He also said the spike didn’t appear to be sharp, and that he believed Deltoro bladed himself. Hannibal also said Deltoro never indicated he was being hurt, and that he had trouble seeing what was happening due to his own mask. Deltoro said he had no way of telling Hannibal to stop, adding that the wrestler was too big and too powerful to get any words out before he eventually slipped out of consciousness.

I had heard that I could have said “stop” at anytime. I just wanted to say that’s it’s very hard to talk when there is a 300lbs man’s knee on your back and then being put in a choke hold while being stabbed repeatedly in the head with an iron spike , passed out shortly after

I agreed to gig myself, I did t agree to the 30 or 40 iron spikes to the head that severed an artery and nearly made me bleed to death. I’m crazy but not stupid lol

Quick update, woke up and the entire left side of my head feels like it’s on fire and there’s drainage, definitely an infection so I’m going in to get it looked at.

I’m not about “Cancel Culture”, but promotions need to STOP booking “Hannibal”, AKA “Blood Hunter”. There’s been numerous accusations of sexual harassment & several incidents of him legit injuring people. He’s a reckless liability that’s all about himself & getting YouTube views. pic.twitter.com/AfB2hc5LiF

Lando here, Izzy is right it was defiantly not a work. pic.twitter.com/K0SZ1cLJe5

Hey @TheHannibalTV you can block me on Facebook but it stop me from sharing what you did to a referee.

We put our bodies on the line for this business and you took advantage of that on someone not trained to defend themselves.

Get the word out and get him out of our business!! pic.twitter.com/So1Q29fgu4

Recovering at home, still a big fuzzy and pain, yes lots of pain. But I’ll live. Thanks you all for out pouring of love and support .
I am a firm believer that if you put good out into the world, good will return to you #downbutnotout pic.twitter.com/0bE71rWbtP 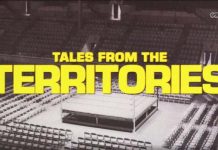