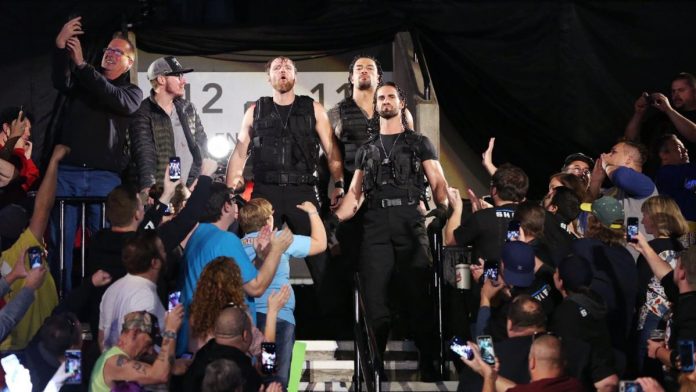 – As seen above, the latest WWE Top 10 video looks at The Shield’s greatest triple powerbombs.

– WWE has a new poll asking fans which alter-ego is more terrifying – Finn Balor’s Demon or Bray Wyatt’s Sister Abigail. As of this writing, 57% have voted for The Demon. Balor, as The Demon, defeated AJ Styles at last night’s WWE TLC pay-per-view. Styles was filling in for Wyatt, who is dealing with the illness that’s going around the company. No word yet on when we will see Wyatt’s Sister Abigail character in action.

– Jack Gallagher tweeted the following last night in response to tweets on how he wrestles in dress shoes. WWE TLC saw Gallagher and Brian Kendrick lose to Rich Swann and Cedric Alexander.

No need for the concern. I'm just fine competing in dress shoes. Adds to the dropkick if anything. #WWETLC