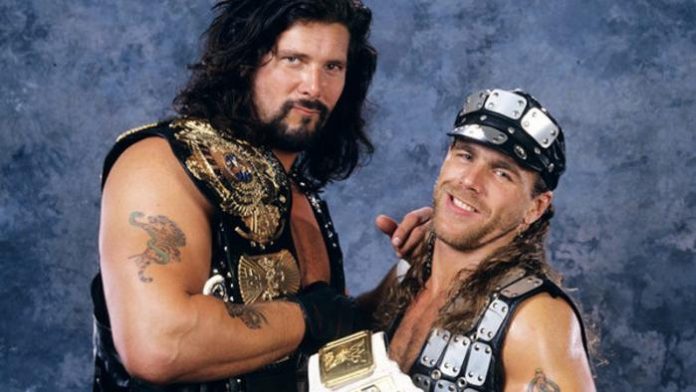 “WWE Untold: Two Dudes with Attitudes” has been announced to premiere on the WWE Network on Sunday 5/2.

The documentary will tell the inside story of Diesel and HBK’s influential partnership, from their formation in 1993.

The “Two Dudes With Attitudes” episode will feature Nash and Michaels sitting down to discuss their time together, in and out of the ring. It will also feature interviews with WWE Executive Director Bruce Prichard and author David Shoemaker.

Michaels tweeted on the premiere and wrote, “This will be a fun watch! @peacockTV”

This will be a fun watch! @peacockTV https://t.co/UjimWU6op5

No duo was radder or badder during WWE’s New Generation Era than Big Daddy Cool & The Heartbreak Kid.