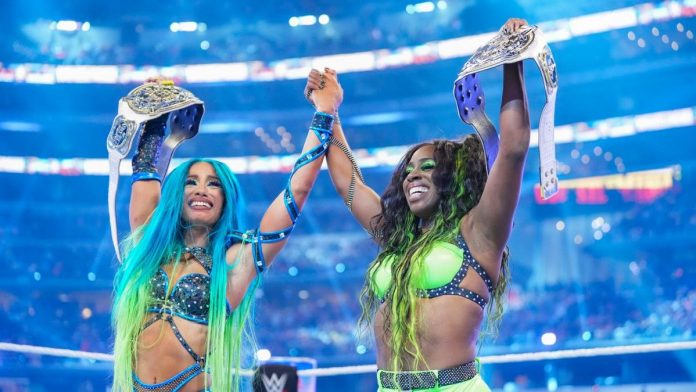 One of my biggest passions is coaching. Helping an athlete reach their full potential and witnessing the moment they get there brings me a joy that few other things do.

I’ve been blessed to coach a handful of special athletes, but the ones who standout out to me the most are those who don’t have to have the spotlight shined on them. They are content with helping their teammates shine, giving them the opportunity to excel.

From that standpoint, I understand why the WWE is upset with superstars Sasha Banks and Naomi for walking out. This is the biggest wrestling promotion on the planet, and on multiple occasions, it has given both ladies their chance to be on top.

Naomi has been the Smackdown champion twice and also won the inaugural WrestleMaina Women’s Battle Royal in 2018.

Both women are insanely athletic and talented, and have worked hard to establish themselves as two of the best in the business. When you are at the top of your game, you want to be treated the same as any other athletes in the same situation.

And in a way, they were. The WWE has a roster full of some of the best professional wrestlers in the world. Several of them having been on the top of the mountain as world champions and main eventers, and are now far from that spot. But they show up each week to do their part, even if that means they are in a match that isn’t high on the card and has them putting others over. They are willing to give their teammates a chance to shine.

I also understand why these two are frustrated. They are among several strong female wrestlers in the promotion, but the tag team titles are not showcased like their male counterparts. The storylines for RK-Bro and the Usos have been among the heavily pushed for the last several months. When you see that, and you know that you are out giving your all each time you step into the ring, it’s tough to ask “why not us?”

And that’s a great question. It may not be in every city and every arena, but wrestling fans still care and love women’s wrestling. The reaction that Lita got recently, the responses that Charlotte, Becky, Asuka, Ronda, Sasha and Naomi get, whether cheers or jeers, proves that. The number of fans who want Bayley in the ring again proves that. These women, just like women in other sports, inspire little girls and show them what they become.

What I would love to see, what I think would do wonders for both sides, is for the WWE to follow a recipe that has worked for decades and one that is doing wonders right now.

Create a dominant women’s faction/stable. Many of us grew up either hating the Horsemen because they would constantly get the best of our heroes, or we absolutely loved them. Same with the NWO, DX and currently with the Bloodline.

Could you imagine, in a perfect world, a foursome of Charlotte, Bayley, Carmella or Mandy Rose, and someone like Rhea Ripley or Tessa Blanchard? It would be the perfect heel faction of a great technical wrestler who can do anything, someone who has strong mic skills that she can use to draw heat, someone who can use her beauty and arrogance to draw heat, and bookending it with an absolute badass?

The faction would have fans and haters alike. Giving them the titles would make those belts as relevant as they have been in a long time. It would put the ones holding them and dominating all challengers in the spotlight, and would do the same for the rest of the locker room that was chasing them.

Everyone wins. The WWE gives fans something fresh, has a female storyline that can be easily be a main event or have people watching anywhere on the card.

And if anyone is part of that and still wants to walk, let them.