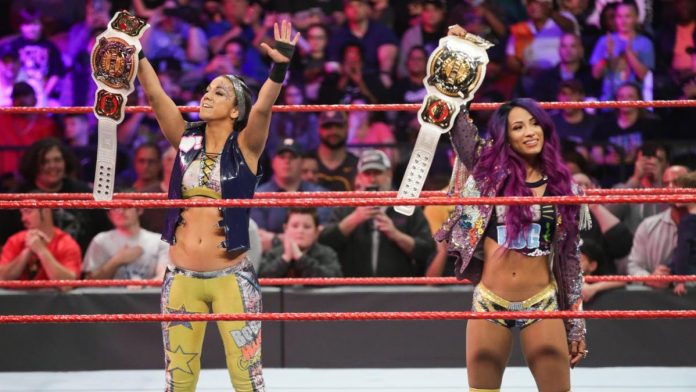 As the first bearers of the WWE Women’s Tag Team Championship, Sasha Banks and Bayley have vowed to defend their titles anywhere against anyone. And at WrestleMania 35, they will indeed face just about everyone.

WWE has announced that The Boss ‘N’ Hug Connection will defend the WWE Women’s Tag Team Championship in a Fatal 4-Way Match against The IIconics, Nia Jax and Tamina, and two WWE Superstars who helped pave the way for the Women’s Evolution, Beth Phoenix and Natalya.

The Fatal 4-Way Match got set up after Banks told Charly Caruso on Raw that she and Bayley will take on all opposition at WrestleMania.