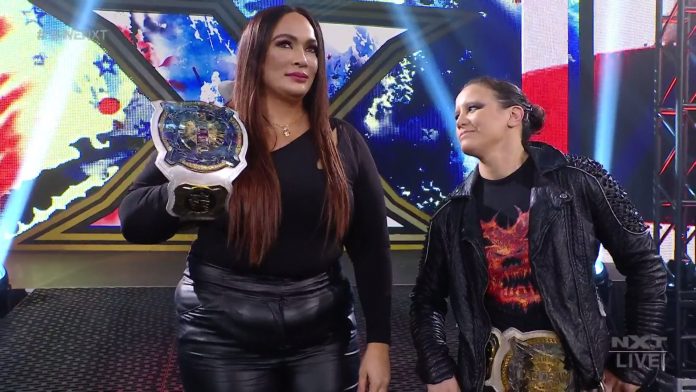 WWE has announced a Women’s Tag Team Titles match for next Friday’s SmackDown on FOX.

It was announced during tonight’s Throwback SmackDown that Shayna Baszler and Nia Jax will defend their WWE Women’s Tag Team Titles against Tamina Snuka and Natalya on next Friday’s WrestleMania Backlash go-home show. Tonight’s SmackDown featured Tamina defeating Reginald in singles action via DQ when Baszler and Jax interfered. The post-match angle saw Natalya and Snuka get double teamed.

You're not seeing things 😂😂 @TaminaSnuka goes one-on-one with @ReginaldWWE, but how long can he avoid her?! #SmackDown pic.twitter.com/9l3xdanDdn