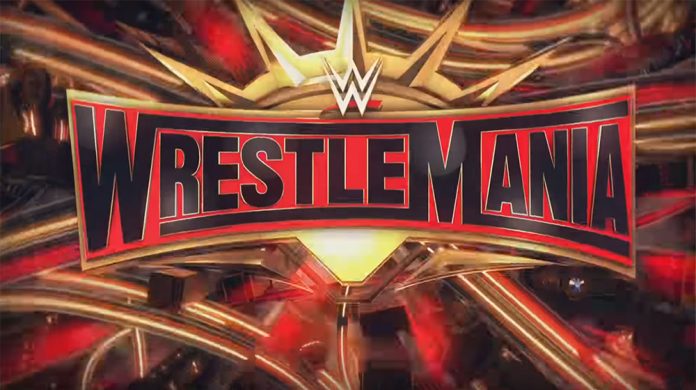 We start by meeting our panel for tonight, which is Jonathan Coachman, JBL, Paige, and Sam Roberts. They talk about the spectacle of Wrestlemania and what tonight is about, and then run down tonight’s card.

We go to Charly Caruso and Pat McAfee to say hi, then it’s back to the panel, who turn their attention to Roman Reigns vs Drew McIntyre. They debate whether Roman is really fully recovered, and if he will be able to handle Drew so early into his comeback.

We go backstage to Kayla with Xavier Woods and Big E. They say this is the biggest opportunity of Kofi’s career, and he won’t squander the opportunity. Big E cuts a great promo on how Kofi has been overlooked for 11 years, and Xavier says tonight, he will become the NEW…WWE WORLD HEAVYWEIGHT CHAMPION!

Back to the panel with Edge and Christian, who talk about why it took Kofi this long to get here. Christian thinks it’s because he was happy to be here, and even this just fell into his lap, and maybe that’s why Mr. McMahon thinks he’s a B+ player. Edge mocks Christian for taking 15 years to become champion, and Christian says the difference is he spent the whole time trying. Edge makes fun of Sam Roberts looking like Krusty the Klown, then we head to the ring for our opening match…

Buddy tries to get the jump on Nese, but Nese manages to turn the tide, using his speed to outmaneuver the champion. Nese with the cartwheel off the apron into a big right hand. Nese goes to the top, but Murphy runs up the corner, gets Nese in a fireman’s carry, and drops him on the top turnbuckle as we go to commercial.

We’re back, and Nese is still in trouble, but he blocks a tornado DDT and suplexes Murphy into the corner. Nese with an awesome leg lariat lays the champion out, Murphy tries ditching Nese to the apron and goes for a deadlift superplex, but Nese knocks him backward and hits a springboard moonsault for 2. They go back and forth for a bit until Nese connects with a palmstrike, Murphy blocks a superplex and goes fo ra sunset bomb, and takes him out with a twisting crucifix slam for 2. Nese counters Murphy’s Law to a victory roll for 2, but Murphy gets a TKO over the knee, Nese comes back with an inverted Frankensteiner, and Nese heads to the corner. Murphy unloads a flurry of strikes, Nese comes back with some of his own, and they continue going back and forth until Murphy turns Nese inside out with a clothesline. Nese gets a leg cradle driver for 2, then takes Murphy out with a dive when he rolls to the floor. Nese goes back to the top and hits the 450 splash, but Murphy is out at 2. Murphy hits Murphy’s Law, but Nese gets his foot on the bottom rope at 2. Murphy goes for the facewash, but Nese hits a superkick, a German suplex into the corner, and a facewash of his own for 3.

Great match, and what a moment for a guy who has been breaking his butt for years to get to this point. He paid his dues, he worked hard, and he deserves every bit of this. Good for him.

We go to Charly and Pat with the guys from Impractical Jokers, then we go to the panel to discuss Miz vs Shane McMahon, and Jerry Lawler joins the panel for this one. Lawler says Shane is a McMahon and he should have known what would happen, and JBL wants to see Mr. Miz get punched in the face. Sam is in full heel panel member mode as he talk about how sickening it is seeing this pandering stuff with Miz and his dad.

Back to the ring for our next match…

Naomi and Asuka are the only ones that get real entrances, so take that for what it usually means. Maria goes out early, and Nikki Cross battles with Candice LeRae, but both get tossed in short order. Ember Moon and Naomi have a pretty good back and forth that Naomi comes out on top of, but then Naomi goes out, so we’re guaranteed a new winner tonight. Moon hits the Eclipse on Mandy Rose, but makes the mistake of going to the top, and Lana knocks her to the floor. Kairi Sane goes at it with Sarah Logan, then the Riott Squad tosses Lana. More triple teaming from the Riott Squad gets rid of Kairi, then they team up to drill Asuka with a nasty running knee from Logan, then they turn to Dana Brooke. Dana holds her own and manages to toss Ruby then Liv Morgan, but then Zelina Vega gets tossed, followed by Mandy and Sonya Deville dumping Dana. Five women remain, and Mickie James superkicks Mandy out before Sonya knocks Mickie out too. We’re down to Asuka, Sonya Deville, and Sarah Logan. Asuka tears into both of them, sends Sonya to the apron, and sweeps her leg out to dump her. Sarah quickly comes in from behind and tosses Asuka, but here comes Carmella, who was apparently hiding under the ring. Sarah lays her out with a clothesline and tries to toss Carmella, but Carmella knocks Sarah to the apron and superkicks her to the floor.

It was what most battle royals are, though I have to admit I’m surprised Asuka didn’t win. So much for that resurgent push, I guess.Back to the panel, who talk about the history being made by tonight’s women’s main event. then we take a break as the first hour comes to an end.

We come back to the panel for the second hour, which is Coach, Sam, David Otunga, and Shawn Michaels. Shawn talks about getting inducted for the second time last night, and then they run down the card for tonight, and then turn their attention to Triple H and Batista. Shawn talks about taking someone from an apprentice to a peer, and Batista has always felt held down by Triple H. They talk about this being far from the first time Triple H has been accused of holding people down, and Otunga says Triple H will do anything it takes to keep his career.

We go to ringside with Michael Cole, Corey Graves, and Renee Young, then we head back to the ring for our next match…

Will the Edgeheads have their moment? Hawkins and Dawson start us off, and Dawson stalls a bit to frustrate Hawkins, then takes him to the mat with a headlock. Hawkins realizes he isn’t having much luck, and tags out to Zack. Dawson works Zack down with hard shots, then “the heavy handed Dash Wilder” (as Corey puts it) comes in and eats a missile dropkick from Zack. Zack charges, but Dash ducks and Zack goes sailing to the floor. Cole says Booker T will become a three-time Hall of Famer when he goes in next year as GI Bro, as Zack continues to take a beating. Zack finally makes the hot tag, and Hawkins cleans house on both opponents. Hawkins with a backslide on Dawson for 2, a Pelle kick to Wilder, and a victory roll on Dawson for 2. Double clothesline, and both Dawson and Hawkins are down. Ryder tags in and suplexes Wilder over the top, and Wilder holds on as both men go to the floor. Hawkins tosses Ryder back in and tags himself back in to cover Dawson for 2. Hawkins spears Wilder on the floor, but Dawson gives him a brainbuster on the floor, and all four men are down as the referee counts. Back into the ring where Dawson goes to grab Hawkins, and Hawkins small packages him for the win.

Great psychology in this one, and great moment for Ryder and Hawkins.

We go to Charly Caruso and Pat McAfee, who are with a guy from American Ninja Warrior, then we bounce back to the panel for a quick moment, then we head back to the ring…

The SNL guys, Braun Strowman, and the Hardys get entrances, everyone else comes out for the mass entrance. Strowman tears his shirt off to show off what great shape he’s gotten into. The SNL guys climb under the bottom rope and hide under the ring as people start getting tossed right at the beginning. EC3, Tyler Breeze, Shelton Benjamin, Lince Dorado, Bo Dallas, Curtis Axel, all go out within the first minute, then Luke Harper and Strowman face off but get swarmed before they ever touch. Titus plows someone out, then charges and gets backdropped over the top rope. No Way Jose goes out, then Gallows rams Strowman shoulder first into the post, and he goes through the ropes to the floor. Anderson goes out, the Hardys toss Rhyno, then Bobby Roode and Gran Metalik follow, Andrade monkey flips Kalisto onto the top rope and to the floor, Chad Gable mercilessly German suplexes Andrade, who turns a final suplex attempt into a body scissors that pulls Gable to the floor. Dozovic double caterpillars the Ascension, then tosses them both. Strowman is back in, takes Gallows out, then both of Heavy Machinery, Braun tosses Jinder Mahal, then kicks Harper and Ali out while Harper has Ali up for a suplex to the floor, and Ali bashes his face into the broadcast table as he lands. OUCH. Andrade gets a flying headscissors that eliminates Apollo Crews and himself, then the Hardys go to the apron and start pulling Braun over the top. The SNL guys run in and come from behind to help, but Braun kicks them both off, eliminates the Hardys, then turns around to face the SNL guys. One of them grabs a mic and tries to talk Braun down, and brings his therapist into the ring to try and talk things out. Braun skeeballs that guy across the ring and then chokeslams him, tosses him at the SNL guy, and the other guyt tries to eliminate himself, but Braun stops him long enough to punch him in the face and then lets him fall. Braun tries a big boot, the other guy ducks out of the way, and feverishly tries to eliminate Braun. Braun shoves him off, then picks him up for a powerslam, but instead LAUNCHES him face first over the top rope and onto his friends to get the win.

SNL stuff was what you’d expect, other than that it was just a lot of eliminations.

We go back to the panel where they talk over the match we just saw, especially how stupid Andrade was for eliminating himself, then turn their attention to the main event. We see a video package hyping the women’s match, the panel gives final thoughts, and that’s a wrap for the Kickoff!