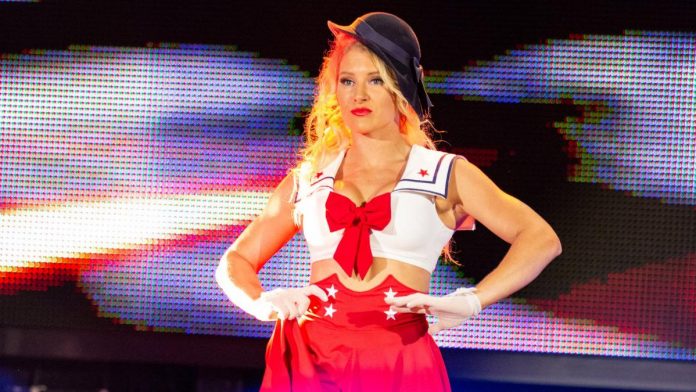 — According to Dave Meltzer on Wrestling Observer Radio, the WWE creative team had at one point penciled in a match between Lacey Evans and Asuka for WrestleMania 35. The idea was likely dropped because WWE didn’t want Evans to win the Smackdown Women’s Championship nor did they want Evans to lose her first big match since they have “big plans” for her.

WWE officials see huge potential in Evans. Meltzer noted that they are pushing her due to her military background, as well as her ability to speak and connect with the general public.

— In this clip from this week’s episode of Miz and Mrs., Maryse is shocked to learn The Miz turned his golf simulator room into a play space for Monroe.