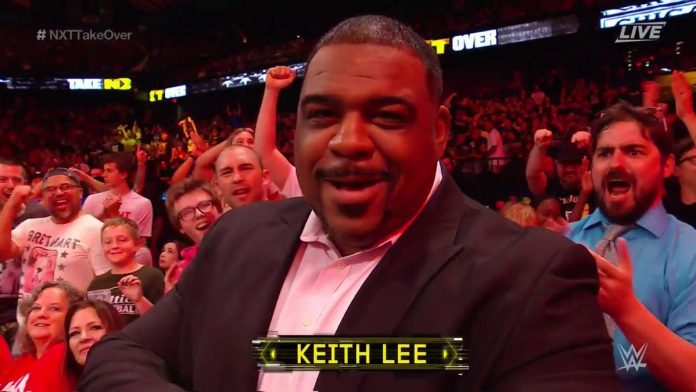 Tonight’s NXT TakeOver: Chicago II has captivated the entire sports-entertainment world, including, it appears, one of the most lauded super-heavyweight wrestlers.

The 300-plus-pounder, who goes by the nickname “Limitless,” has captured many titles on the independent circuit. He was also spotted in a WWE ring in April, defending the World Wrestling Network Championship against NXT Superstar Kassius Ohno at WrestleMania Axxess in New Orleans.

Though there’s no word on what Lee’s ringside seat means for his future, the sighting has already sent waves through the NXT Universe.