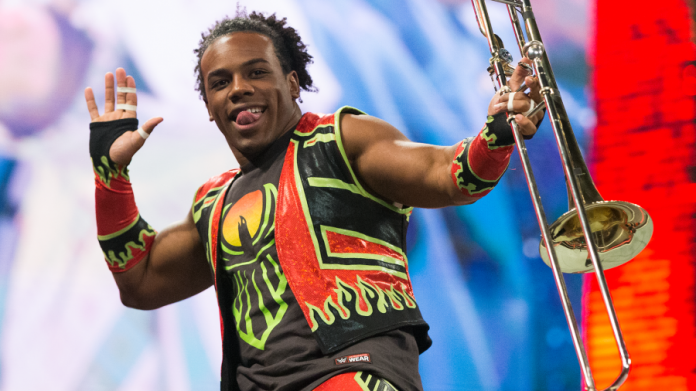 Xavier Woods provided an injury update on his knee during a live stream backstage at SmackDown LIVE on his UpUpDownDown channel, which you can watch here.

As you can see here, Woods injured his left knee during a match against Breezango and SmackDown Tag Team Champions The Usos at Monday’s WWE live event in Texarkana, Arkansas.

While playing WindJammers with Becky Lynch and Renee Young, Woods said he suffered an MCL sprain. Lynch noted that she recently had a similar injury and that it shouldn’t take longer than a month to heal. Lynch added that she wrestled the whole time with the injury.

Woods didn’t specify if he had a grade 1 or a grade 2 sprain. A grade 1 sprain can take up to a week to heal, while a grade 2 can take two to four weeks. Regardless, Woods shouldn’t be out of action for long.

On SmackDown LIVE, Woods wore a brace on his leg while accompanying Big E and Kofi Kingston for their match against The Usos. The only reference to the injury was Woods wearing an “It’s Sore” sign around his neck.