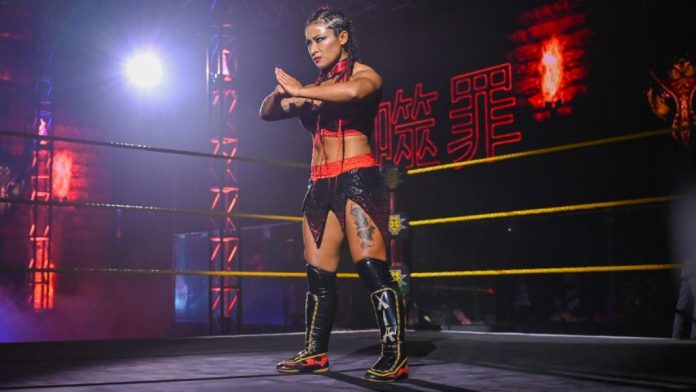 Last night’s NXT main event saw NXT Women’s Champion Raquel Gonzalez retain her title over Li. There was an incident towards the end of the match where Gonzalez delivered a twisting splash from the second rope, and the match had to be stopped while a referee and then two medics checked on Li from ringside. After a few minutes, Li got back up and the match resumed. Gonzalez immediately grabbed Li and delivered her finisher for the pin to end the match.

In an update, Li appeared to be OK backstage after the match, according to Fightful Select. It looked as if Li may have injured her ribs in the rough spot, but that has not been confirmed as of this writing.

Looks like Xia Li got hurt on that splash. #WWE #WWENXT