– Zack Ryder says he wants another WWE Diva after things appear to be done with Eve Torres. Ryder wrote on Twitter: “Headed home to the LI for a few days. I gotta get @EveMarieTorres out of my head. The best way to get over a girl is to get under another. I guess I need to find a new girlfriend. Which Diva should I go after?”

– CinemaCon has named The Rock as the Action Star of the Year. Rock will be presented the award at the CinemaCon convention in Las Vegas on April 12th. 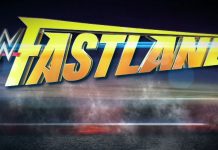