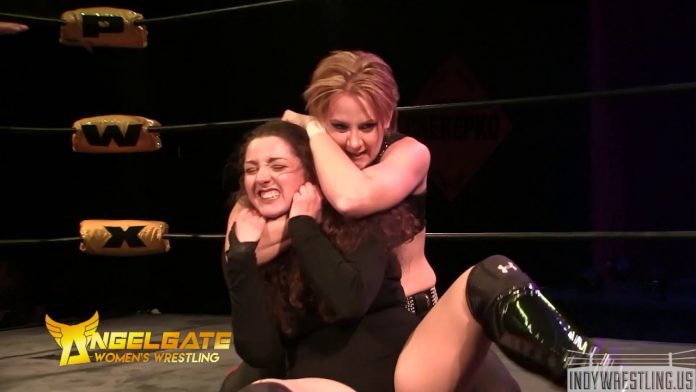 Rocky Balboa entered the ring alongside grizzled trainer, Mickey Goldmill to challenge Apollo Creed for the boxing Heavyweight championship of the world, being a 50-1 underdog in his hometown on Philadelphia. As Rocky nervously spent sleepless hours the night before the bout, pondering how he went from a debt collector for the local mob outfit to challenger for a world championship, he proclaimed his goal was to make the final bell.

With a record of 44-20, the odds were against the gutsy south paw.

Sylvester Stallone’s 1976 classic film remains such an endeared part of not only American cinema, but also much of sports culture because the protagonist within that narrative personifies so many admirable traits. Rocky is thoughtful when he takes the once-shy Adrian, portrayed by legendary actress, Talia Shire, on a date to the local ice rink, as he glides around on his shoes because his clunky footwork as a boxer didn’t suit skates. He’s courageous because he took a chance to chase greatness, despite the long-shot odds that sports books gave him in the final scene against Creed. Most importantly, amid the blood, bruises, and a broken nose, he never gave up.

The Rocky series continues today because quite simply, audiences enjoy an underdog story for all the traits mentioned.

Similar to film, professional wrestling is a genre built on stories and human psychology. There are heroes the crowds admire and flock to the box office to pay to watch in combat. There are villains that draw the jeers of those in attendance. Of course, there are the underdogs that through adversity punch, kicks, and clothesline to claim victory at the final bell.

Tatiana Rose, a 24-year-old aspiring wrestler, began her journey in the sports entertainment world in mid-2018. In that time, she’s had exactly seven pro bouts and four injuries that sidelined her progress for months at a time. These mishaps range from something as simple as a sprained ankle early on during in-ring exercises with her fellow trainees to a broken elbow as recent as August of last year during a training session. She spent two months on the shelf with the elbow, but had broken her left wrist just two months earlier, as she was set on continuing to polish her skills with additional in-ring practice when live shows were shuttered because of the pandemic.

The series of setbacks have been mentally and physically taxing for her to say the least.

“Being injured so much with so few professional matches and in such a short span of time is difficult. It makes you question your ability to wrestle, to work, to be a reliable person for the companies you work with. It’s made my journey as a wrestler far more taxing than most of my fellow wrestlers. That being said, I love wrestling. I love being a wrestler and I am a very, very stubborn woman. I have goals, I have met almost none of them. So, injuries and doubting aside, I am going to meet my goals before I tie my bootstraps up,” Tatiana said.

Not to be denied, Rose has continuously shown a passion and dedication to the sport, as before she broke her left wrist last year, she had actually broken her right wrist during her rookie year in the sport, while she worked as valet during a mistimed spot inside the ring ropes. Instead of sitting at home, she continued to attend training classes and diligently absorbed information from the sidelines to allow her to keep pace with the rest of her training class, and faithfully attended live events to assist behind-the-scenes whenever she could. Gloom never entered her mind, she still showed up to venues with a smile on her face and a sharpie in hand for her wrestling pals to sign her cast.

“For me, once I got through the initial tryout, it was like lightning for me. I couldn’t get enough of learning and I still can’t. One of the biggest things I learned however is to take things slowly. Break lessons down step by step if you need to, because at the end of the day you make your own pace to learn and be the best you can be. The fourth injury was the worst to date I and was shelved for the following two months. It was a very humiliating and bad experience, and unlike the previous injuries where I openly talked about being injured or joked about it, I tried to keep this as much to myself as possible. I was ashamed that I had gotten hurt yet again,” she explained.

A native of Pittsburgh, PA, Tatiana has received a substantial amount of encouragement from her peers within Fight Underground, the area’s newest organization that was founded by Quinn Magnum, one of the respected figures in the region, in June of 2020. Unable to wrestle at the group’s closed set tapings since its launch, Tatiana still showed up dressed as a professional and helped with any requests that were made. From going on a coffee run for 30-year grizzled vet and color commentator, Paul Atlas to assisting with background sets, Rose enthusiastically enjoyed the atmosphere at the organization’s tapings.

In truth, working quite literally in the background is her forte, as her pursuit of higher education consisted of an art degree that specialized in Scenic Design and Scenic Painting from Point Park University, an establishment that got its name in reference to the notable landmark in the city, in 2019. Surrounded by the area’s well-known bridges, notorious Penn Dot construction, and trademark Primanti’s french fries, the theatrics of stage shows were one of the reasons she identified with the over-the-top nature of professional wrestling.

“I wanted to be a part of it based on the theatrical nature of wrestling, but it wasn’t until I saw Mickie James wrestle for the first time that I realized I wanted to be a wrestler. I started as an actress, doing all of the singing and dancing that came along with being in musicals. You can catch me belting show tunes in my kitchen at least twice a week, but at the end of the day I prefer to be backstage getting covered in paint,” Tatiana said.


“Tatiana Rose is one of the friendliest, dedicated and driven people i’ve ever met. She never let her injuries keep her down and continues to push herself and improve more. She has so much potential to be such an amazing wrestler,” added Ronnie Starks, long time manager in the tri-state area.

I have added one of my favorite looks to my page, available now to subscribers! Head over to https://t.co/OgNuXyTgyx now to get a look! pic.twitter.com/jUtgbocosK


With the injuries just over half the total number of matches she had in nearly three years, perhaps the odds say that the enthusiastic hopeful look for a less risky hobby, but didn’t the odds makers write-off Rocky before that inspiring final scene? For Rose, her path inside professional wrestling is much more than merely a self-serving process to pat herself on the back or get credit as a star from live audiences. She sees her platform as a chance to have a much deeper impact on the sports world. She remains focused on continuing her journey to wrestle on a regular basis after the pandemic.

Look, I'm not saying this is the look for 2021. But I am saying, if the PolyAm Cult needs it's designated Flower Child back… pic.twitter.com/5o2mAzc4iW


“The most rewarding part of becoming a wrestler has been getting to live out my dream. For years, wanting to become a wrestler was like telling people a joke. I never had anyone tell me that I could do it, except for my brother. My brother has always believed in me and told me so. I want to be part of more all women’s shows, and LGBT run shows in the future. The world of wrestling is opening doors for so many people, I want to be a part of events that open those doors. I’m doing something special and I wouldn’t trade it for the world,” she commented.

A sprained ankle, two broken wrists, and a broken elbow tell a story, but they certainly don’t tell the whole story. Passion, dedication, and determination tell the other side of that tale. It would’ve been much easier for Tatiana hang up her elbow pads after one or two of those four injuries and admit that professional wrestling just isn’t for her. However, the decision to continue to show up in the bandages and the casts show a level of tenacity that is required for those that make their mark on the wrestling scene.

Rocky made the final bell, and the odds are that Tatiana Rose will, too.