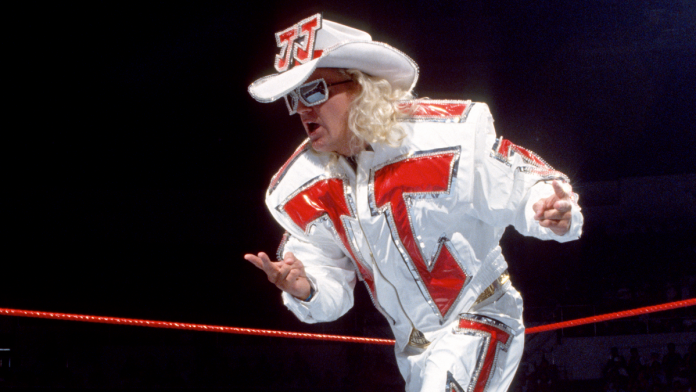 Jarrett then appeared on Raw last night flanked by Road Dogg, who resurfaced for an impromptu duet of “With My Baby Tonight” to make up for the concert Elias would not give the WWE Universe. Elias was once again unimpressed, and he shattered guitars over the back of Road Dogg and after a brief brawl, Jarrett as well.

1Wrestling.com reported earlier in the day that Jarrett is joining WWE for a behind-the-scenes role as a producer. PWInsider.com independently confirmed that and added that Jarrett will be appearing as a television performer as well. There’s no word yet on whether Jarrett is coming back to wrestle, feud with Elias, and/or have a regular TV role.