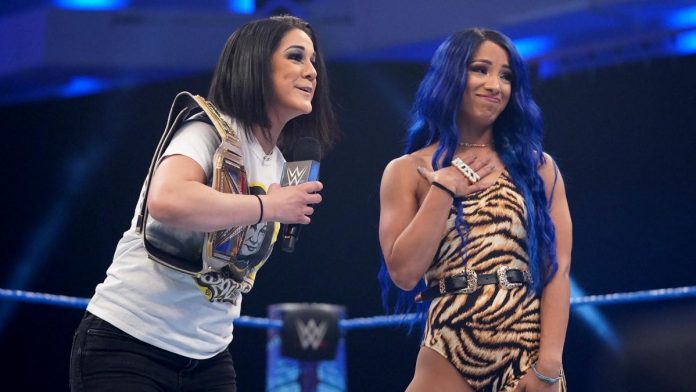 Banks, who is currently on hiatus from WWE after walking out from the company earlier this year with Naomi and is expected to return to the company, stated in a video that she had only been in Oakland for ‘five minutes’ prior to the break-in.

The following is what Bayley had to say about the incident while she was peaking on In The Kliq:

“She was here for some work stuff… She was warned that something could happen. was optimistic about it. I was like, ‘You’ll be fine.’ Luckily, it wasn’t anything important, but it still sucks, ya know? Just to have to deal with a rental car freaking having a cracked window and insurance and all that stuff.”