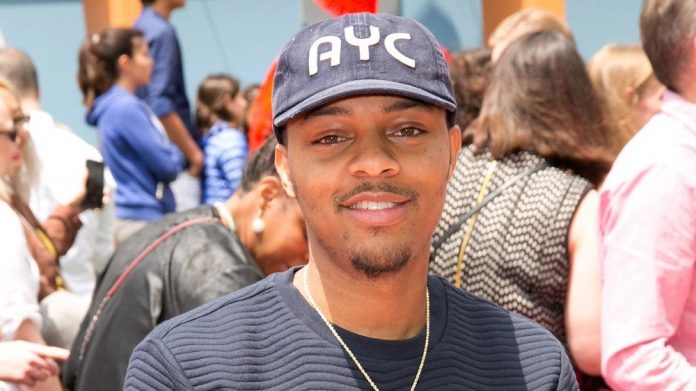 The loose cannon delivered that line in his trademark raspy voice on an episode of ECW Hardcore TV in 1996 while he signed an autograph for a waiter before he proceeded to stab himself in the forearm with a fork on the table at the restaurant. His wide eyes gave you the impression that the former Cincinnati Bengal was legitimately crazy. As we know years later, Pillman wasn’t insane, but he was very smart, and that’s why it worked.

That’s the key to anything that gets over in professional wrestling, no matter how outlandish it might be, if it’s done right, it can work. The Undertaker’s gimmick could’ve been so goofy that it fell as flat as the Yeti in WCW, but he wasn’t presented as a cartoonish zombie. The Undertaker was seen as a threat because he portrayed the role so well and had a thirty-year run as one of the biggest stars in the history of the business.

In an era when the world seems as goofy as Vince Russo booking WCW, it was puzzling to see rapper, “Bow Wow” on social media, claiming that he planned to start training as a wrestler soon at Rikishi’s training center. In truth, it was even more surprising to see Bow Wow’s name at all because I hadn’t heard about his since around 2001 when his “gimmick” was the kid rapper named “Lil’ Bow Wow.” Obviously, he continued his career, but unless I’m missing something, he isn’t a main stream star and was regulated to reality TV shows instead of the music charts. Let’s be honest here, the vast majority of the time that a former star ends up reality TV, it’s because they don’t have many options for other main stream gigs.

Don’t get me wrong, if Bow Wow wants to pursue wrestling, he certainly has the right to do that, and he claims to be a longtime fan so it’s very possible this is more than just a publicity stunt. However, the way he is attempting to garner attention for himself won’t land him in WWE as he hopes, and he basically set himself up to fail.


First, his social media posts that insult pro wrestlers, who have obviously accomplished more than he has in the sport, considering that he hasn’t started yet, will only motivate fans to reject him as a legitimate athlete. There’s a difference between heel heat and “we don’t want to see you” heat. Part of the reason that professional wrestling has remains a part of the American entertainment scene is because its fan base is very loyal, not only to the product, but its history as well, which is why Ric Flair is more of a pop icon now than he was in his heyday as NWA champion. Quite simply, Bow Wow doesn’t have the credibility to insult pro wrestlers, and Ronda Rousey found out how quickly the fans can reject someone that tries to present themselves as better than the industry. Furthermore, since Bow Wow tried to criticize some of the already established professionals, any slip or botch he has in the ring will be put under a microscope and ridiculed because he hasn’t done anything to endear himself to the audience.

Nobody wants to join hurt business either. Once i found out they buy they suits from ROSS i could never 😂


Bow Wow has three million Twitter followers, which was surprising because as I said, I hadn’t heard much about him since around the time that Vince McMahon bought WCW. While you can say he has a social media following, that doesn’t automatically translate to dollars. Assuming the rapper is serious about this pursuit of sports entertainment, the bottom line is, how will he be a draw in professional wrestling? I’m not asking that in a sarcastic tone, but that’s ultimately the determining factor if he will get a chance at a major spot in the industry. Again, unless I’m missing something, he had main stream exposure twenty years ago so he’s not exactly a current star. If fans will pay to see him on a wrestling show or buy wrestling-related merchandise than there will be a path for him.

Another broke ass wrestler wanting attention. You can even get booked for a dark match. 😂 https://t.co/cKDzhpVu7N


If not, he’s just another former celebrity trying to get attention on social media.

Speaking of which, he criticized wrestlers for their social media numbers, and implied that he wants to be on Raw so unless he gets a WWE deal, he will by his own standards be a minor league wrestler. Furthermore, if his sports entertainment persona is going to be a lavish rapper that decided to wrestle, much of that facade was exposed several years ago. In 2012, Bow Wow was ordered to pay child support in a court case and he explained that he was broke without the money to pay it. In 2017, he posted an infamous photo of a private jet to attempt to portray a lavish lifestyle, but it was actually just a stock photo from a travel website.

Remember the credibility that got Pillman and The Undertaker over? One of the many reasons that Ric Flair got over was because he really was the limousine-ridin’ jet-flyin’ champion that he claimed to be on TV. Bow Wow doesn’t have the credibility and it’s a scenario that will be dismissed as more of a social media circus than anything else. As far as the rapper/wrestler gimmick, the WWE already has that with Bad Bunny, who is actually a current star and selling merchandise for the company so why would they sign Bow Wow?

If I had to guess, I’d say the only “Bow Wow” that will be remembered in pro wrestling wrestling is that cool song that Konnan did with Rey Mysterio on Nitro.