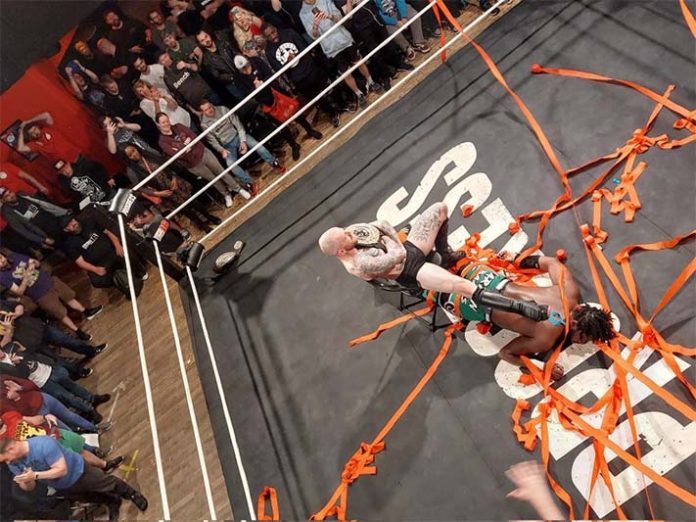 In Sunday’s final of the 2022 edition of the Super Strong Style 16 tournament, Ridgeway prevailed against a valiant Warren Banks.

To advance to the final, both Ridgeway and Banks had already wrestled, and won, three matches over the weekend. Ridgeway beat Dean Allmark on Friday, followed by Charlie Dempsey on Saturday, and crowd favourite Gene Munny in Sunday’s semi-final.

Banks’s route to the final saw him defeat Big Damo, Kid Lykos and Johnny PROGRESS, an impressive set of performances against three wholly different opponents. Eventually, though, Ridgeway proved to be one obstacle too far for the Nigerian Kaiju.

This was the first Super Strong Style 16 tournament since 2019 and the first time that the winner of Europe’s most prestigious wrestling tournament also earned the PROGRESS World Championship.

Ridgeway’s win adds another prestigious title to his proverbial trophy cabinet. In April, he won the GHC Junior Heavyweight Tag Team Titles in Pro Wrestling NOAH along with partner Yoshinari Ogawa during a Japanese tour in which Ridgeway was unbeaten in seven matches.

As Ridgeway embarks on his first reign as PROGRESS champ, all eyes will now turn to whoever emerges as his first contender.