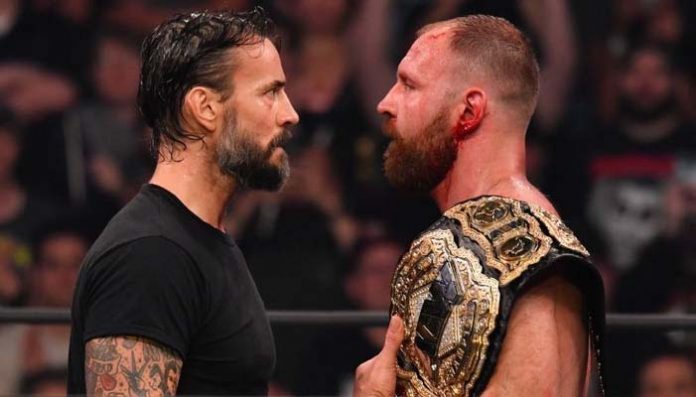 After forcing Jericho to submit to the Bulldog chokehold, Moxley retained the championship. Moxley also prevailed despite Jericho exposing the turnbuckle and using Sammy Guevara’s baseball bat as a weapon.

Moxley was attacked by the JAS after the match, but Ortiz, Wheeler Yuta, and Eddie Kingston rushed to his aid. Up until the start of CM Punk’s music, the JAS outnumbered the Blackpool Combat Club members. After eliminating the JAS, Punk squared off with Moxley in the ring.

Punk made his first appearance on AEW TV since he injured his foot in May. Punk showed his health by hopping around on his surgically healed foot during the segment.

You can watch highlights of the match and segment below: