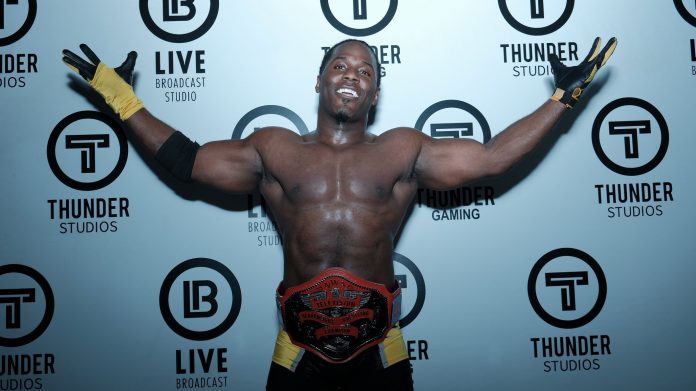 NWA World Television Champion Elijah Burke appeared on Straight Talk Wrestling to discuss a wide range of topics including being the final person to wrestle Chris Benoit before he murdered his wife and son then killed himself.

“Well, first thing is you cannot deny the ability, the skillset and everything that Chris Benoit was. Certainly a hall of fame talent and that can’t be taken away from him. Unfortunately, we know the story, but I’ve been asked that question a couple of times, I’ve talked about it on my Pope’s Point Of View podcast with Elijah Burke. Chris, in the last days as far as me wrestling him last, I did the loop with him so I wrestled him in Georgia as well, Columbus I believe it was. If not Columbus then whatever, but it was in Georgia and I could never do that Ric Flair stuff. Ric Flair’s what? 72-years-old and he could just name the dates, the places, the arenas, my God. How do you remember all that? I can’t even remember what I ate for breakfast this morning. But nonetheless, Chris Benoit was himself. He was the same Chris that I’ve always known since I’ve been in the WWE and to have that distinct… honor or not? Depending on how you look at it. As far as wrestling him last, I certainly didn’t wanna be known as the last guy to wrestle Chris Benoit, you know? But I was and it was, for me, at that time specifically and even now, it was just a great honor. You’re talking about somebody I grew up watching, somebody that I was watching kill it WCW, no pun intended Lord. But he was tearing it up in WCW, he was tearing it up in WWE, big Horsemen guy, you guys know NWA so to have Chris Benoit select me, handpick me to be the guy that he wanted to elevate, it meant a lot and while I got knocked — felt like my back [was] swollen during that matchup when he came down with that flying headbutt in the opposite direction. It was everything to me and I was looking forward to having more matches with him.”