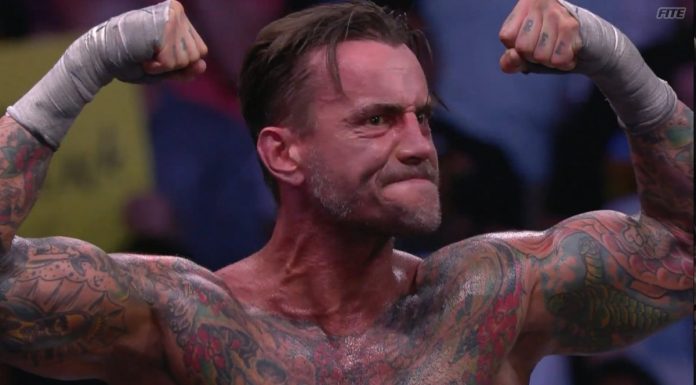 As PWMania.com previously reported, AEW will be teaming up with NJPW for a joint PPV event called “The Forbidden Door” at Chicago’s United Center on Sunday, June 26th 2022.

NJPW star KENTA (Hideo Itami in WWE) wrote “GIVE ME #G2SvsGTS” on Twitter shortly after the announcement was made for the event. On Thursday evening, KENTA took it a step further and published an Instagram story with a picture of CM Punk surrounded by guns with the 6.26.2022 date.

KENTA has previously expressed interest in wrestling CM Punk as both use the Go To Sleep finishing move. When CM Punk first made his AEW debut, KENTA wrote “GIVE ME CM PUNK” on his Twitter account.