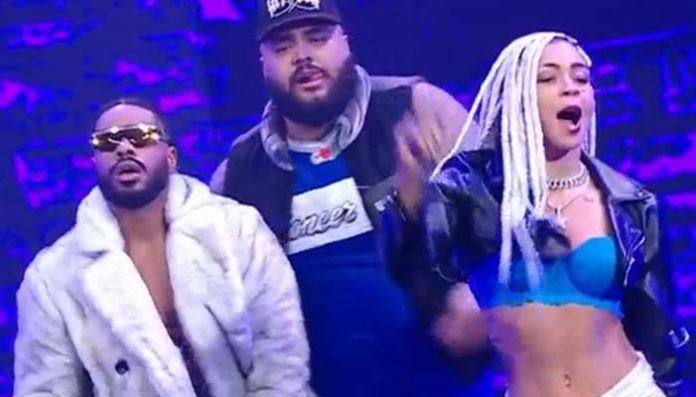 During this week’s episode of WWE SmackDown, three Hit Row members made a return.

It was reported earlier this week that WWE Executive Vice President of Talent Relations & Head of Creative Triple H wanted to bring the group back. Isaiah “Swerve” Scott, the previous team captain, is unable to rejoin the WWE because he is currently the AEW World Tag Team Champion Swerve Strickland. Top Dolla and Ashante “Thee” Adonis’ return was initially reported, and B-Fab also joins them.

On SmackDown for the WWE Draft on October 1, 2021, Hit Row was moved from WWE NXT to the main roster. The group lacked direction on SmackDown, and on November 4 of that year, B-Fab was released, due to reported budget cuts. O n November 19, more budget cuts were implemented along with the release of Swerve, Francis, and Adonis. Swerve was absent when the group came together again as The HitMakerZ for an MCW indie event in March of this year, but they have been somewhat quiet since then.

There is currently no information on the new Hit Row’s future plans, however their return featured a post-match promo where the members once again introduced themselves. Following some rapping by Dolla, B-Fab proclaimed that the group is the OG-3 and “if you didn’t know, you now do.”

Stay tuned to PWMania.com for more. Below are some highlights from the segment:

Look who's back on #SmackDown! pic.twitter.com/w8Jw1bZ5Wx