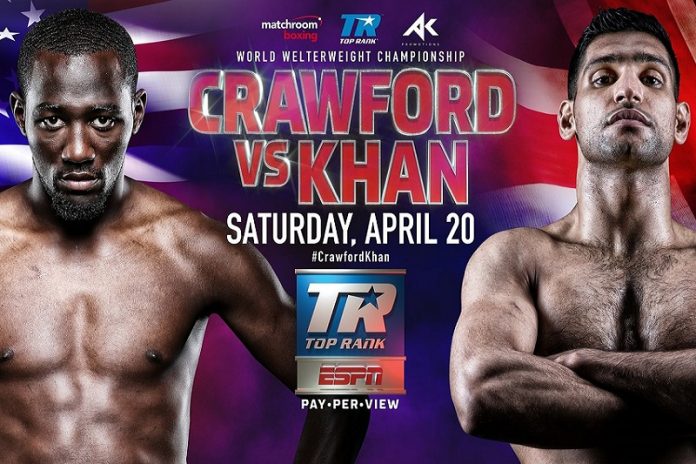 This weekend will see the pay-per-view return of boxing, as Bob Arum’s Top Rank and ESPN PPV are set to broadcast a welterweight clash between Terence Crawford and Amir Khan at Madison Square Garden. With the retirements of names like Floyd Mayweather and Andre Ward in recent years, the undefeated Crawford looks to cement his name among the best pound-for-pound in the sport. At the same time, Amir Khan, who at one time looked to become one of the more recognizable names in the genre, has to consider this a must-win scenario if he wants to maintain his status.

However, despite the hefty stakes and the potential spike in drawing power on the line for the athletes in this bout, a much bigger question might be answered this Saturday from the world’s most famous arena, is the sport of boxing still a major draw on pay-per-view?

When HBO discontinued the sport on its network after 45 years at the end of 2018, it was disappointing, considering the historic moments that took place on that platform and that much of the foundation of boxing is linked to HBO. However, it was a simple matter of economics, and when a combination of the previously mentioned ESPN/Top Rank partnership and DAZN deals with some of HBO’s top fighters, the network was squeezed out of the boxing business. DAZN, the streaming service that has made many waves recently with its acquisitions of major prize fighters to add to its collection of sports content, might be a a factor in the future of traditional pay-per-view.

When Mexican superstar Saul “Canelo” Alvarez inked a mega five-year, $365 million deal with DAZN last year, it proved that the streaming platform wants to be a major distributor in the boxing business. So far, under that DAZN banner Canelo won via TKO against Rocky Fielding late last year, and is signed to fight the tough Daniel Jacobs on Cinco De Mayo weekend. Other key additions made to DAZN were the dangerous Gennady Golovkin and arguably Europe’s most popular fighter, Anthony Joshua. Both fighters are scheduled to return to the ring in June for their respective bouts and will make millions for it based on their new contracts. With a price tag of just $9.99 upon its US debut last year, it’s questionable if DAZN’s business model is sustainable, considering that it was announced last month that the subscription price would double to $19.99 per month in the future. In my opinion, it’s doubtful that the service can garner enough subscriptions to cover the cost of these major contracts, especially considering that boxing skews toward an older audience, a demographic that doesn’t lend itself to new technological trends.

But, if DAZN gets off the ground as far as a long-term distributor of boxing content, that might force others to alter their own distribution plans. For example, knockout artist, Vasyl Lomachenko fought last weekend on ESPN+, knocking out his opponent in devastating fashion in the fourth round. That ESPN subscription cost just $5 a month so will ESPN be able to transition Lomachenko to a PPV exclusive platform at a higher price when he becomes more well known?

The point is, if DAZN can offer fans access to some of the biggest stars in boxing for a fraction of the price of traditional pay-per-view, why exactly would fans pay $70 for this weekend’s Crawford/Khan card?

As mentioned, Crawford brings an undefeated record to the table and that provides a level of intrigue, more specifically for the potential bouts on the horizon if he’s successful at MSG. Amir Khan had a lot of momentum behind him before a pair of losses to Lamont Peterson and Danny Garcia stalled his progress. After he gained some momentum again with a few wins, he was knocked out by Canelo Alvarez in a middleweight bout in 2016. He didn’t resurface again until two years later and has a two-fight win streak ahead of this clash with Crawford. The bottom line is, much of the shine of Khan’s star power has worn off in recent years because he just hasn’t reached the top level yet and his lack of fights didn’t really keep him in the conversation of the sport’s top stars.

In truth, despite the promotional push from ESPN, this Crawford/Khan contest is more for purists and should be a solid bout, but there’s nothing about this fight that said it should be worth $70. That speaks to the bigger question, what fighters could be paired for a bout that would sell under the traditional PPV banner? Obviously, Triple G signed with DAZN for not only the millions of dollars to ink the deal, but also the millions more for the eventual trilogy fight against Alvarez. The rumored Deontay Wilder-Anthony Joshua fight already had enough hurdles to possibly get signed, but after Wilder rejected the DAZN contract, where would the fight be broadcast if it was signed?

The ESPN deal along with the Premiere Boxing Champions series will give the sport more main stream exposure than it had in years, but the biggest money is usually reserved for pay-per-view bouts. Stars can be discovered fighting on network TV and then when the right match-up presents itself, that’s when the sell can be made for pay-per-view. Showtime also has its boxing cards, often in association with Al Haymon, who promoted the PBC deal, for the diehard boxing fans that want to watch quality bouts, including the previously mentioned Wilder’s fight next month.

So, this Saturday will see Terence Crawford set into the ring as a major favorite against Amir Khan, but how many fans will pay the steep price tag to watch what most expect to be a glorified exhibition bout? If this fight garners dismissal numbers, is it time for boxing to reconsider its pay-per-view distribution model? That being said, if DAZN eventually folds until the financial pressure of its major contracts then the argument is moot. It remains to be see if that streaming platform gets off the ground, but it’s certainly a very interesting situation for the sport.