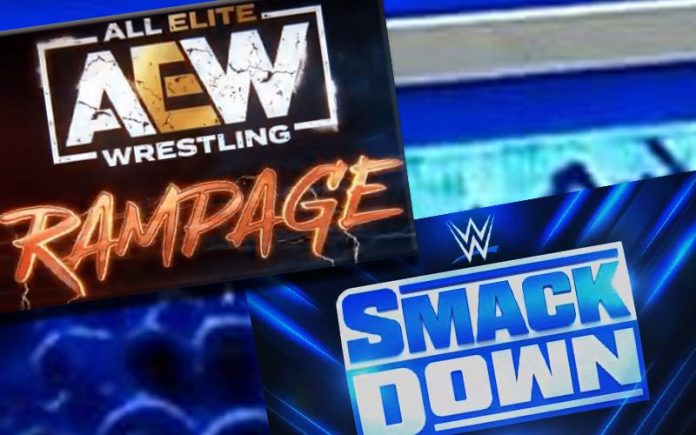 In what looked to be a small jab toward All Elite Wrestling, WWE put an extra thirty minutes of Smackdown on FS1, the much smaller cable channel under the Fox umbrella, to go up against Rampage on TNT. Of course, wrestling pundits, including Tony Khan himself, touted another “wrestling war,” a throwback to the ratings battle of the late-90s.

It might disappoint some, but no, there really isn’t. There’s true competition within the professional industry for the first time in twenty years. However, there’s a difference between a wrestling war and competition.

The Wrestling Observer’s Dave Meltzer, one of the most insightful historians on the business, was quick to jump for joy and claim All Elite victory on his recent WOR podcast. Of course, he would, that’s his business. No, Meltzer isn’t on Tony Khan’s payroll and any notion of that is rather ridiculous. Meltzer has made a living for 35 years getting dirty from the sports entertainment genre, he’s not going to risk being on the pay roll when exposing insider knowledge is his profession. Working for a promotion would sink his career, and he knows it would leak out so Meltzer is smart enough not to let that happen. That being said, The Wrestling Observer business model is the happenings of the industry, and if there is at least the perception of a wrestling war on the horizon, it furthers the selling point for fans to be “in the know” as a new chapter of sports entertainment begins.

At the same time, Meltzer knows how to play to his audience. Keep in mind, Meltzer’s very informative newsletter over the years, by nature, caters to the most diehard niche of fans. In some ways, Meltzer exposing fans to the dazzling work rate of international stars over the past few decades, matches that were often light years ahead of what was seen on American TV at the time, gave his readers a chance to be contrarian for a genre of entertainment with some of the most loyal, but also most jaded fans. Meltzer’s readers “knew better” than to willing accept what was being peddled to the general public on national television because quite frankly, Doink vs. Koko B. Ware on Raw didn’t exactly have the same standard of Kobashi vs. Misawa.

Much of that same dynamic is used today, albeit with different initials and talent. Meltzer’s coverage of New Japan in recent years gave readers an outlet beyond the static state of American wrestling. His criticism, sometimes rightfully so, of the corporate WWE machine served his base well. How many diehard fans of anything gleefully cheer for the corporation?

When All Elite Wrestling launched, it gave Meltzer a new contrarian philosophy to cover and at the same time, a chance for a fans to stick it to Vince McMahon by supporting another promotion. Ironically, the fans that think they “stick it to Vince” are the same that still buy the nostalgia merchandise as if the cash they spend won’t still end up in his pocket and watch enough of WWE programming to be able to complain about it on social media. Is Meltzer bias toward WWE? Of course he is, the same way any other viewer makes their choices on products they enjoy to watch. Meltzer is less of a reporter and more of an opinionist, which doesn’t take away from his knowledge, but rather shapes his perspective. As far as playing to his base, he quite literally has a vested interest in doing so, and we know that the demographic that buys Roman Reigns merchandise aren’t those that subscribe to his newsletter. Praising the wrestlers that subscribers support only makes business sense, and that’s nothing wrong with that, that’s capitalism.

That’s not to say that Meltzer is fabricating his opinion, just playing to his base. The coveted key demos when Smackdown and Rampage went head-to-head were reportedly tied. Meltzer pushed this as an AEW victory because quite frankly, a story to cover is how Meltzer makes a living. If the headline was “Smackdown doesn’t divide Rampage audience” there’s much less of a hurrah moment. In truth, comparing just one portion of a demo in just a thirty-minute slot isn’t a ratings war or an indication of success. Comparing the two scenarios is really apples to oranges. As we’ve seen in the past, Smackdown naturally does a lower number on FS1 because it’s a smaller channel. Plus, trying to get the audience to jump over from Fox to FS1 isn’t automatic either. Let’s remember, the total number of viewers for Smackdown on FS1 was 886,000 while Rampage had 578,000 so Smackdown still had better ratings. I’m not trying to diminish AEW either, but the competition of the Monday night wars was based on what show had more viewers so attempting to move the goal post now is an attempt to spin the narrative.

Sure, Tony Khan will tout the success because he’s a promoter and that’s what promoters should do, but this isn’t a second version of Nitro vs. Raw in the late-90s. As disappointing as it might be for some, there isn’t going to be another wrestling war like the Attitude era since so much of that time period was based on the specific circumstances of the industry as well as the state of media and society. Some will cite the Wednesday night competition, but look at it objectively, Dynamite beat WWE’s third-tier brand and it should’ve. If the top stars on the AEW roster didn’t beat the third-tier brand then there wouldn’t be nearly as much optimism around the company today. As far as a wrestling wars, the documentaries and shoots interviews about the era make many fans look back at the era with a skewed perspective. Yes, the Attitude era provided some great television, but it wasn’t perfect and based on the casualties of the last wrestling war, the industry took almost twenty years to spark again. Don’t get me wrong, I hope All Elite Wrestling continues the success, and as you might’ve read in the past several months, I think WWE management has missed the boat on several very talented wrestlers, but Vince McMahon still has a dominate market share of sports entertainment in the United States.

As I’ve written several times before, profitability is the measure of true success in any business venture, and the fact that both organization make a profit is why there’s so much optimism in the future. For Meltzer to claim the sky is falling in Stanford is completely ridiculous, the company is literally making more profit now than any other time in its history so how exactly is that a problem? If the organization took the short-end money at the expensive of the future is a completely different matter, particularly after the current TV deals expire in a few years, but that doesn’t sell newsletter subscriptions right now, does it?