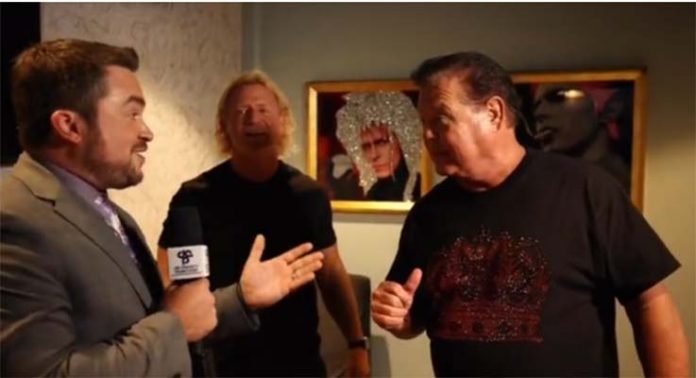 In Nashville, Tennessee’s Nashville Municipal Auditorium on Sunday night for Ric Flair’s Last Match, a number of stars made surprise appearances, including WWE Hall of Famer Jerry “The King” Lawler.

During it, Lawler gave Jarrett some advice and said that Flair had stolen his strut from Jackie Fargo in an interview that took place in Jarrett’s locker room. By the conclusion of the night, Lawler wanted Jarrett to perform the Fargo strut over Flair’s lifeless body.

We have an update on Ric Flair’s condition following his “Last Match,” click here to read our report. Click here for full results from the Ric Flair’s Last Match event.

You can watch clip from Lawler’s appearance below: