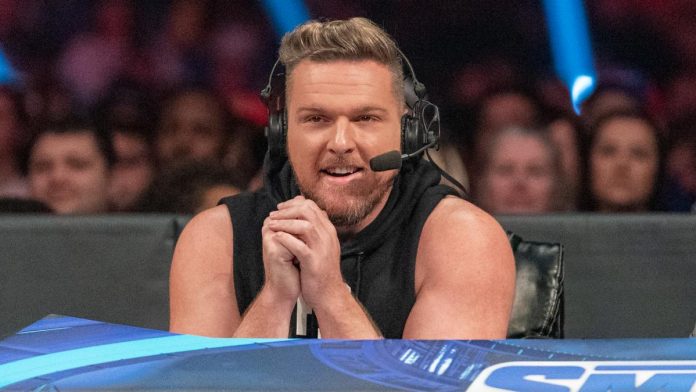 – During his latest podcast, Pat McAfee said that he won’t be traveling to Saudi Arabia for the Crown Jewel PPV:

“They’re heading over there. I wasn’t invited. Good luck. I’m not supposed to be part of that, I’m happy I’m not going or whatever. The show, everyone says it’s insane over there. It’s awesome. Until they get stuck there and then I gotta call Buffalo Smackdown.”