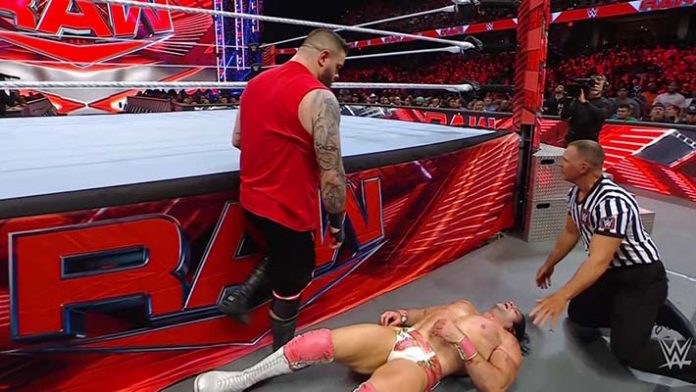 Kevin Owens has returned to his old gimmick.

When the bell rang, Owens launched an attack and Ezekiel received zero offence. The match went outside, and Owens powerbombed Ezekiel in the ring’s corner.

Owens laughed in the ring as Ezekiel was taken away on a stretcher. This appears to be a reboot so that Owens can appear strong like he did in NXT, and it appears to be a means to write off Ezekiel temporarily and possibly rebrand him as well.

Click here for complete WWE RAW results. Highlights of the match can be seen below: